KUALA LUMPUR, Aug 31 — Each year, Aug 31 is not only synonymous with the excitement of the National Day celebrations, but is also a memorable day for parents welcoming their babies.

In conjunction with the 62nd National Day celebrations today, the births of these babies have received wide media coverage, with hospitals and maternity homes throughout the country welcoming them with some fanfare.

In KUALA LUMPUR, five newborns – two boys and three girls – were recorded at the Kuala Lumpur Hospital (HKL) from midnight until noon today, while in PUTRAJAYA, 10 Merdeka babies were recorded at Putrajaya Hospital, with six boys and four girls.

In SELANGOR, 56 babies were born in government hospitals, namely the Tengku Ampuan Rahimah Hospital in Klang as well as the Shah Alam, Selayang and Kajang Hospitals, from midnight until 8 am.

“Of the 56 newborns, 21 were boys and 35 girls. 10 of them were born in HTAR, seven in Shah Alam Hospital and two pairs of twins in Selayang and Kajang Hospital respectively,” said Selangor Health director Datuk Dr Khalid Ibrahim in a statement today.

He noted that out of the total number of newborn babies, 45 were Malays, Indians (seven), Chinese (two) and one each of Myanmar and Indonesian citizens.

Eighteen newborns, nine boys and nine girls, were recorded in NEGERI SEMBILAN, with 13 born at the Tuanku Ja’afar Seremban Hospital, Seremban and the rest at Tuanku Ampuan Najihah Hospital, Kuala Pilah as of noon today.

In JOHOR, 20 National Day babies (11 girls and nine boys) were born in several hospitals here, with the first baby arriving at 12.16 a.m., while in KOTA KINABALU, 17 babies were born at the Likas Women and Children Hospital as of noon today, with 11 of them being girls.

In KEDAH, a total of 31 newborns comprising 17 boys and 14 girls, were born in several hospitals with the first baby being a boy weighing at 3.4 kilograms who was born at 12. 10 a.m. in Kulim Hospital. 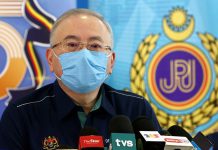 Withdrawing, limiting licence based on age should be last resort – Wee 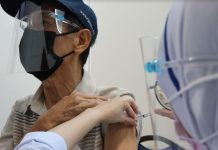 More than 300,000 individuals to get third dose of COVID-19 vaccine in T’ganu

Govt to continue to advise Agong over decision to lift or...