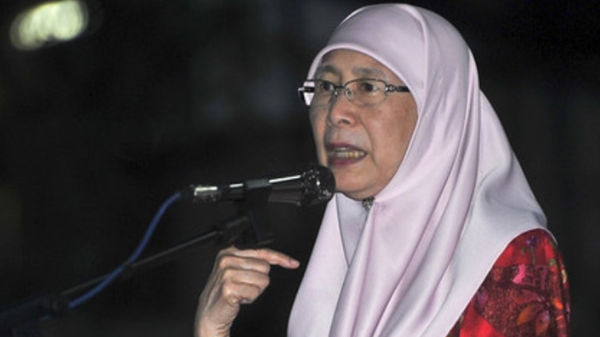 In her message in conjunction with Maal Hijrah 1441H tonight, she said the purpose of the rejection was not solely because of political strife but the passion and ambition to see a clean government free from wrong practices that could trouble the people and destroy the country.

“This is our ‘jihad’, which is to defend the people’s rights and get rid of oppression.

“Corruption will bring down an institution. It is not just a despicable conduct but will also threaten the stability of a country. A government that fails to fight corruption will only destroy a country,” she said.

In this regard, she said the people should never tolerate corruption.

In addition, Dr Wan Azizah said Malaysia as a multiracial nation that practised unity as its core must reject the culture of extremism and racism that would undermine people’s harmony.

“Thus the spirit of unity based on harmony and consensus must be inculcated to ensure the country’s future in celebrating the spirit of New Malaysia.

“I urge everyone to work together tirelessly to continue to build a New Malaysia with this year’s Maal Hijrah theme ‘Negara Rahmah Ummah Sejahtera’,” she said.

“Both events have an interrelated meaning. ‘Merdeka’ in the true sense is free from being a slave or ‘pak turut’ (follower) to colonisation of the physical or mental kind.

“Hijrah also means to break free from soul restriction and then acting according to the rule of Allah SWT,” she said.

KDN does not recognise any foreign migrant documentation data card