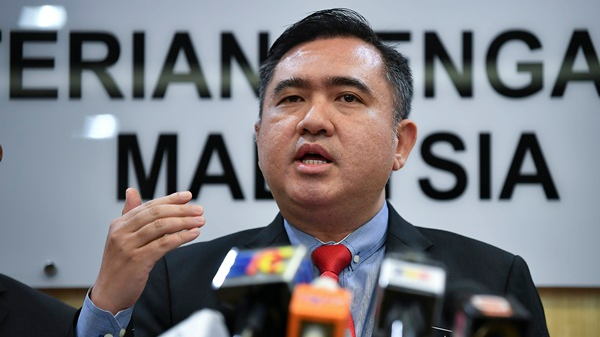 MIRI, Sept 2 — The Transport Ministry is prepared to review the order to stop road tax renewals for private vehicles of 2,000 cc and above at post offices in Sarawak, Sabah, Langkawi and Penang, effective yesterday.

Its minister Anthony Loke Siew Fook said a meeting will be held with director-general of the Road Transport Department (RTD) Datuk Seri Shaharuddin Khalid this week to see if the directive was viable.

“The instruction was from the RTD, not the Transport Minister, I understand that the RTD did so to reduce the loss of government revenue as there are vehicles which are registered in Peninsular Malaysia but the road tax are renewed in Sabah and Sarawak” he told reporters after launching the Miri DAP headquarters office today.

Loke said the RTD had found that owners of vehicles of 2,000 cc or more from the Peninsular were taking advantage of the cheaper road tax in Sarawak and Sabah by renewing their road tax in post offices there.

At the same time, the interests of the local people in the two states must also be taken into account as they need places to renew their road tax as there were areas in both states where there were no RTD offices.

Pos Malaysia’s recent announcement to suspend road tax renewals for vehicles of 2,000 cc and above in post offices in Sarawak,Sabah, Labuan and Langkawi following instructions from RTD, effective Sept 1, 2019, had gone viral on the social media and received negative reactions from the public.

Netizens, especially from interior areas of Sarawak, said the move would burden the people who would have to drive more than three hours to RTD offices to renew their road tax.

Separately, on the proposal to implement the Vehicle Entry Permit (VEP) at the Malaysia – Brunei border, Loke said this was still being studied.

On April 25 this year, the RTD director-general announced that the proposal to implement the VEP on all foreign vehicles at the Customs, Immigration and Quarantine (CIQ) complex at the Malaysia-Brunei to monitor foreign vehicles entering the country especially over traffic summonses will be forwarded to the Transport Ministry this year.

Stress, sleepless nights but we are holding on – Health DG