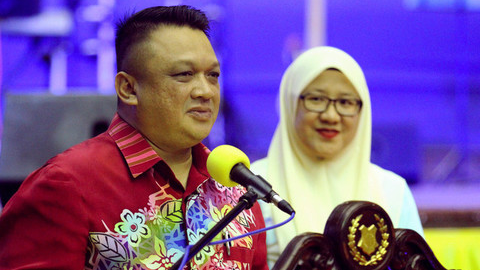 KANGAR, Sept 7 — The Raja Muda of Perlis, Tuanku Syed Faizuddin Putra Jamalullail has called upon the Perlis Islamic Religious and Malay Customs Council (MAIPs) to open door to the asnaf (tithe recipients) in the state to learn the art of making the tengkolok (Malay male headgear) through its Asnaf Transformation Academy (ATAM).

He said this expertise could be used by the asnaf to increase their household income.

“This can be done as MAIPs has targeted 10 asnaf to receive the training and is still in the process of finding their potential candidates through ATAM, in collaboration with several government agencies and departments,” he said.

On Sept 4, the Raja of Perlis, Tuanku Syed Sirajuddin Putra Jamalullail launched the ‘Tengkolok Putra Julang Darjat’, the headgear which is to be worn at all official and semi-official royal ceremonies in the state, replacing the ‘Tengkolok Dendam Tak Sudah’ headgear.

The headgear was used by the sixth Raja of Perlis, the late Tuanku Syed Putra Jamalullail during his coronation ceremony in 1949.

Meanwhile, according to Mohd Nazim, ATAM provides rental services of the headgear, as well as sampin and bengkung at RM60 to the Istana Arau staff, while those interested to purchase the whole set can do so at a price of RM350.

“Those who already have a headgear but want to change the style of folding to ‘Tengkolok Putra Junjung Darjat’ can do so for RM80,” he said.

Focus will be on 4k framework in empowering women – Rina

Empowering women will continue to be a top national agenda – Muhyiddin

Parents must adhere to student dispersal schedules to prevent infection