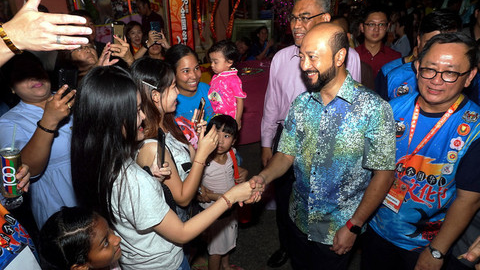 He said after visiting China twice recently, Malaysia and Kedah seem to have created a good reputation and have often been mentioned by the Chinese leaders and citizens in their conversations.

“I must admit that one of the reasons is because Prime Minister Tun Dr Mahathir Mohamad had issued several statements in defence of China’s national sovereignty despite pressure from foreign powers,” he said when opening Kampung Warisan Kebudayaan in conjunction withthe 36th Malaysia Chinese Cultural Festival here last night.

Elaborating Mukhriz said the influx of business investors from China would benefit Kedah as this would create more job opportunities in various fields, thus contributing to economic growth of the state.

Various activities are being held at three separate locations for the two-day festival which began yesterday. The activities are concentrated around Alor Setar at the San Sheng Welfare Association Centre, Kedah Chinese Assembly Hall and Sultan Abdul Halim Stadium.

Some 3,000 people from China mainland and Taiwan are participating in the cultural shows, exhibition, handicraft and food sales and over 50,000 domestic and foreign visitors are anticipated to attend the festival. 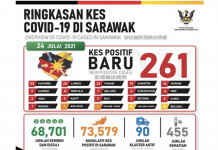 Driven out of tourism jobs, many moving to real estate work