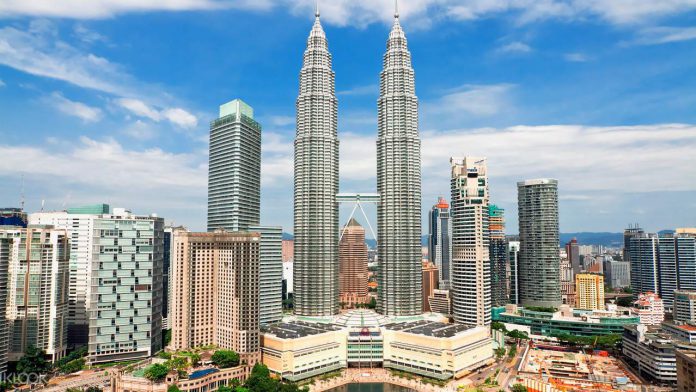 Speaking on the sidelines of the 27th edition of the International Defence Industry Exhibition (MSPO 2019), here today, Szymczak told Bernama International News Service that his company has a positive perception of Malaysia’s defence market in this era of fast-changing geopolitics of the world.

“We see our cooperation with the Malaysian Armed Forces (as) a long term cooperation. We are in Malaysia not just to sell our products but also willing to embark on suitable technology transfer”, he said.

The exhibition, known by its Polish acronym MSPO, is Poland’s premier defence show.

A total of 607 companies from 31 countries are taking part in the four-day event from Sept 3-6 at the Targi Kielce Exhibition and Congress Centre, here.

The Kuala Lumpur office of the WBE Technologies serves as the Asia Sales Office as well as its Regional Service and Maintenance Centre.

The WB Group, established in 1997, started its marketing activities in the Malaysian market in 2008. Its solutions in the field of the communications systems (FONET Tactical Digital Intercom Communication System ) and RADMOR 35010 Personal-Role Wireless Intercom Terminal (WIT) system are in service in the Malaysian national AV8 Gempita armoured vehicle programme.

The FONET is a set of devices with software creating a unified voice and data exchange base between military vehicles on the multi-domain battlefield.

The WB Group has been the leader of the technological transformation in the Polish defence sector. Operating in the field of electronics, communication, command and control, the company has led the Armed Forces of Poland into the 21st century, setting binding standards in key areas for national security and defence.

Szymczak said WBE Technologies’ commitment towards technology transfer was evident through the signing of the offset agreement for the Transfer of Technology (TOT) with Malaysian Ministry of Defence and the DRB-HICOM DEFTECH Sdn Bhd in April 2018.

The agreement stipulates the creation and further development of Maintenance, Repair and Overhaul (MRO), Integrated Logistics Support (ILS) and the development of bilateral cooperation within the area of Unmanned Aerial Vehicles system and solutions together with the Malaysian partners.

“Continuous efforts to enhance meaningful cooperation within defence industries and sectors has always been important for us and the Malaysian side”, Szymczak said.

He explained that the WB Group’s C4ISR (Command, Control, Communications, Computers, Intelligence, Surveillance and Reconnaissance) solutions and systems are operated not only by Poland’s Armed Forces but also by the armed forces of countries like the US, Malaysia, Hungary, Sweden, Slovakia, Ukraine, Thailand, Indonesia, Bangladesh, India and others.

Szymczak said that besides Malaysia, the WBE Technologies is also focusing on marketing and promotional activities in the countries around the region.

Focus will be on 4k framework in empowering women – Rina

Empowering women will continue to be a top national agenda – Muhyiddin

Parents must adhere to student dispersal schedules to prevent infection