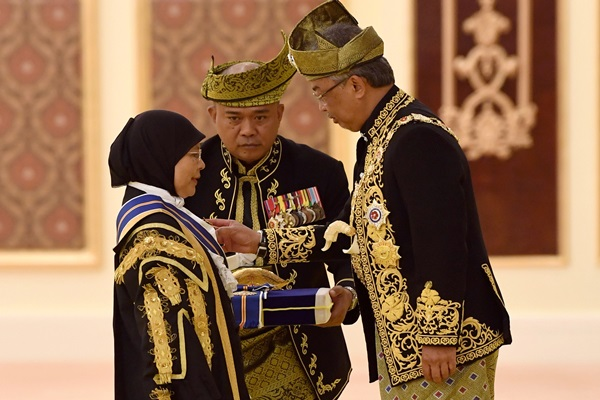 On the first day of the investiture ceremony, Tengku Maimun, 60, who was appointed to the post of Chief Justice on May 2, received the award of Darjah Panglima Mangku Negara (PMN) which carries the title ‘Tan Sri’.

Tengku Maimun who is from Kota Bharu, Kelantan created history when she became the first woman to be appointed head of the country’s highest judiciary body.

He has served for 32 years in the civil service and has extensive experience in economic and financial management.

This year, the Yang di-Pertuan Agong will confer awards in several categories to 795 individuals.