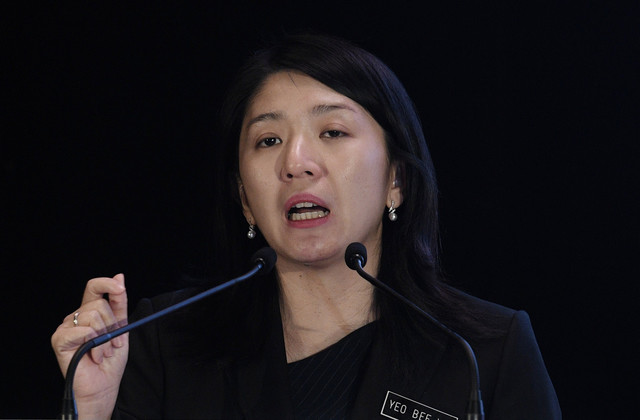 KUALA LUMPUR, Sept 12 — Malaysia has pointed out that Indonesia is responsible for the current haze that has enveloped a major part of Malaysia.

Energy, Science, Technology, Environment and Climate Change Minister Yeo Bee Yin said Indonesian Environment and Forestry Minister Dr Siti Nurbaya Bakar should not be in denial that Indonesia is responsible for the haze in Malaysia.

She said the data from Asean Specialised Meteorological Centre (ASMC) clearly shows that the neighbouring country is responsible for the current haze in Malaysia.

“Let the data speak for itself. Minister Siti Nurbaya should not be in denial,” she said in a statement posted on Facebook yesterday.

Yeo also included a link to the ASMC where the latest data shows that the total number of hotspots in Indonesia’s Kalimantan and Sumatera are 474 and 387, respectively, a huge contrast to the latest number of just seven hotspots in Malaysia.

“The latest data on the total number of hotspots recorded by ASMC: Kalimantan (474), Sumatera (387) vs Malaysia (7). As for her claim that the haze is from Sarawak, just look at the wind direction. How is it logically possible” she asked.

Yeo had responded to a statement issued by Siti Nurbaya and carried by the Indonesian media that Malaysia has sent a protest letter accusing Indonesia of causing the haze in Malaysia.

The Indonesian minister had reportedly also written a letter to the Malaysian Ambassador to Indonesia, Zainal Abidin Bakar, seeking clarification on the matter.

According to Siti Nurbaya, based on the report from the Indonesian Meteorological, Climatological and Geophysical Agency (BMKG), smoke or haze from the fires in Kalimantan was detected crossing into Malaysia for only one hour on Sept 8.

“The smoke (haze) that entered Malaysia, to Kuala Lumpur, is from Sarawak and from Peninsular Malaysia, and perhaps from parts of West Kalimantan. So (Malaysia) should be objective in explaining it,” she had said.