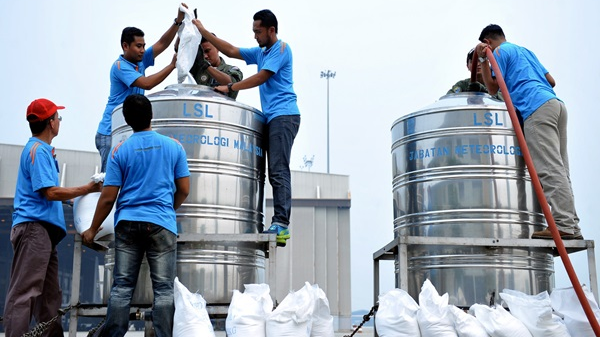 He said the Disaster Management Committee at district and state levels have also been activated when the API recorded readings of between 151 to 200 which is the unhealthy level for more than 24 hours while the state government will be supplying dust masks to members of the public.

“All schools, kindergartens and nurseries were ordered closed immediately when the API reading exceeded 200 after getting confirmation from the Selangor Department of Environment (DOE).

“To combat open burning and haze in Selangor now, the state government will be adopting the National Open Burning Action Plan and the National Haze Action Plan issued by the Energy, Science, Technology, Environment and Climate Change Ministry,” he said in a statement here yesterday.

In this regard, he reminded the people to adhere to instructions issued by the authorities and not to carry out open burning during the current haze season.

“Members of the public are told not to carry out open burning and to cooperate in putting out small fires and report fires to the Fire and Rescue Department at 999 and DOE at its toll-free line 1-800-88-2727.

“All parties are urged not to allow their land and premises to be trespassed by irresponsible parties to carry out open burning,” he said.

Hee stressed that parties found guilty of open burning could face a fine of up to RM500,000 or jail not more than five years or both under Section 29A of the Environmental Quality Act 1974.

He said a maximum compound of RM2,000 could also be imposed on each offence.

Therefore, the state government is advising the people to reduce outdoor activities and follow the development on air quality via DOE website or Mobile Air Pollutant Index (MyIPU) application which could be downloaded into mobile phone.

Annuar: PH has the right to keep state assemblies if parliament...

Govt spending necessary though it leads to near doubling of fiscal...