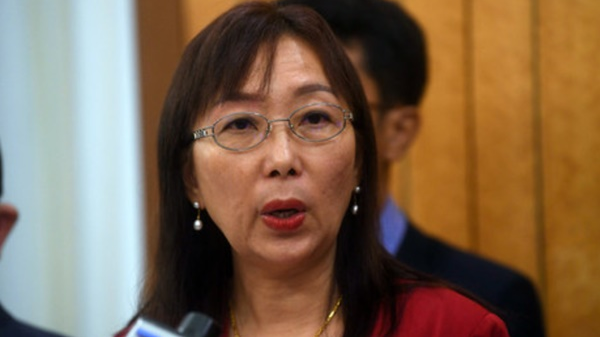 KUALA LUMPUR, Sept 13 — Primary Industries Minister Teresa Kok Suh Sim has expressed concern over the sealing of land belonging to the subsidiaries of four major Malaysian-owned oil palm plantation companies in Indonesia due allegedly to fires that contributed to the haze in the region.

In a statement today, Kok said the Indonesian authorities’ statement on the matter was a “serious accusation”.

“Those familiar with the industry will vouch for the fact that an act of open burning such as the current accusations would result in the cessation of their certification status not only in Indonesia but throughout their operations, including in Malaysia.

“Such actions would be rather counterproductive to their business status,” Kok said, adding that she would talk with her Indonesian counterpart to resolve the matter quickly and amicably.

She said the four companies concerned had also pledged to cooperate with Indonesian authorities to correct this accusation and put matters right quickly.

“Such action is also highly unwarranted since I remain concerned that the current accusation will play right into the hands of the anti-palm oil campaigners and both Indonesia and Malaysia as major palm oil producers could end up as the ultimate losers,” she said.

Indonesia’s Environment Minister Siti Nurbaya Bakar was reported as saying that at least four palm oil companies whose land had been sealed off were subsidiaries of Malaysian groups.

They are West Kalimantan-based Sime Indo Agro, which is a unit of Sime Darby Plantation, and Sukses Karya Sawit, a unit of IOI Corporation.

Umno will back whatever Zahid decides, says analyst