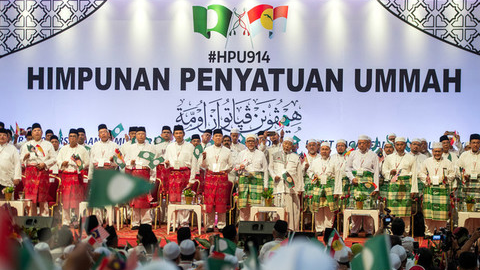 KUALA LUMPUR, Sept 14 — The signing of UMNO-PAS National Consensus Charter today received a mixed reaction, including from those who are sceptical of the ‘taawun-siyasi’ or political collaboration between the two parties.

One main question is how far the collaboration truly achieved its goals of unifying the Muslim community without it being based merely on political interests and agenda.

Both UMNO and PAS leadership’s assertion that the collaboration would not marginalize other races also caused bewilderment and doubt, which led many to adopt a wait-and-see approach before assessing the outcome of the collaboration.

Cheras Batu 11 MCA chief Tan Chee Teong said it was too early to see the direction of the collaboration, which he believed was aimed to secure more votes.

“In my personal opinion, I think the collaboration is more like a memorandum. It’s too early to see whether it is just an empty promise or a promise that they can really keep.

“However, I think it’s a good starting point. It’s also in line with MCA’s principles to fight for multiçulturalism and to develop Malaysia based on the principle of racial unity and understanding,” he told Bernama here.

Tan also opined that there was no clear direction of the collaboration, but hoped that UMNO and PAS would elaborate on the objectives as a guideline to other component parties rather than leaving it to be a mere political rhetorics.

“The people in the country are sick and tired of leaders who craze for power and have a hidden agenda. That’s why they avoid listening to all those political promises. They want a clear policy that will really benefit the people,” he said.

“We don’t know how it will reach to the grassroots, but we will wait and see,” she said.

The charter, which is a Code of Conduct on how both parties should move towards the next general election, among others, emphasised on strengthening National Consensus through deliberative practices involving various religious, racial and cultural backgrounds for the benefit of the nation.

China aims to complete the construction of 5G network in 5 years: MIIT

90% of civil service staff required to be in office for work during RMCO: Masidi