KUCHING, Sept 15 — Communications and Multimedia Minister Gobind Singh Deo said he was satisfied with the dress rehearsal of the 2019 Malaysia Day celebration ceremony at the Stadium Perpaduan here tonight, and praised the spirit of the participants involved.

He said this was despite the fact that the organising committee had to change the location of the event from Padang Merdeka to Stadium Perpaduan at the last minute due to the haze problem.

“In such a short span of time, there were a lot of things which needed to be looked at, and issues such as the lighting and speaker system tonight need to be improved on.

“But overall, considering we changed locations, I congratulate them, as from what I have seen, so much effort has been made to make this event a success,” he told reporters after watching the rehearsal.

The full rehearsal featured a variety of performances involving up to 1,000 participants including performances by the police band and marching drill to carry and raise the Jalur Gemilang by members of the Royal Malaysian Navy.

Home Ministry seeks info on refugees from UNHCR for vaccination

Nine localities, including seven in Sabah, to be under EMCO from Monday – Ismail Sabri 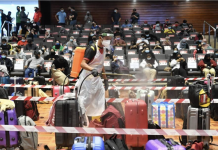 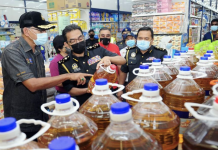 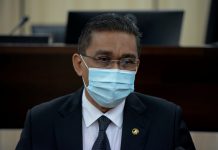 Accommodation for more than 90% of foreign workers not in compliance...