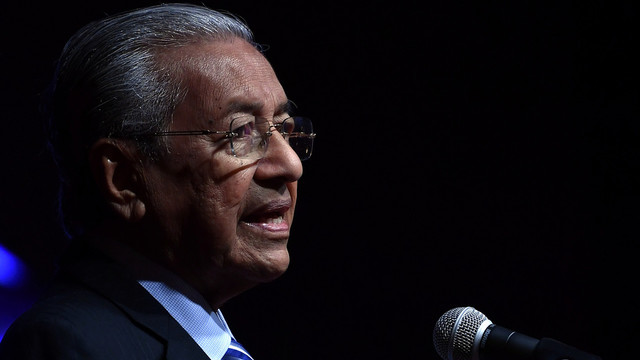 “It’s not easy.. we have done a lot. The previous government gave them RM6 billion and sacked 6,000 people, and in addition, reduced the number of flights.

Dr Mahathir said there is talk that some companies might take a stake in Malaysia Airline, but noted that, there are also some people who are very sentimental and want to see the company owned entirely by Malaysians.

“But, there is no Malaysian investor strong enough to take it up,” he explained.

When asked what was the government’s deadline to decide on the fate of Malaysia Airlines and if it would adopt Proton Holdings Bhd strategy of selling a stake to China’s Zhejiang Geely Holding Group, he reiterated, it’s not easy.

“As you know, Malaysia Airlines has undergone many changes, including changes in the management and sacking of 6,000 workers.. and yet the losses remained high,” Dr Mahathir said.

The prime minister also noted that when the national airline was formed, there was no low-cost carrier, but now there is.

This, he said, affected not only Malaysia Airlines, but many others.

Meanwhile, over the weekend, a business daily reported that Japan Airlines might acquire a stake in Malaysia Airlines.

Earlier in the interview, Dr Mahathir also said the government was looking to dispose of its non-essential properties both locally and abroad, a move to settle the huge debt that the Pakatan Harapan inherited from the previous government.

“We have to find a good price. We have properties in Hong Kong, Singapore and other countries, not only at home,” he added.

Can we achieve zero COVID-19 cases for 28 days?