马中透视 MCI
Home MCI News Haze: We are doing everything we can, says Jokowi 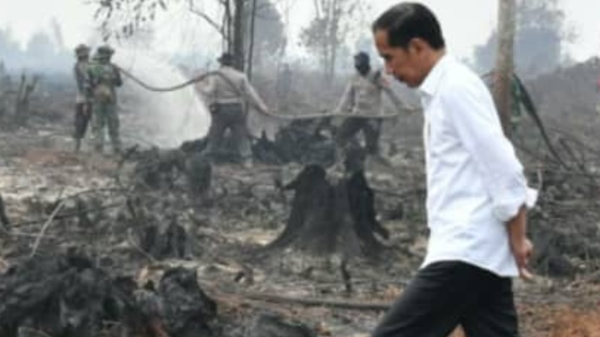 JAKARTA, Sept 18 — Indonesian President Joko Widodo (Jokowi) said Indonesia is doing everything it can in efforts to tackle forest fires that have led to severe haze in several parts of the republic.

“We are doing everything to put out the fire …,” he was quoted as saying via his official Twitter and Instagram accounts.

He also posted a picture of him visiting the firefighting operation in Desa Merbau, Bunut district, in Riau.

Jokowi said he also directed 5,600 additional firefighters to be deployed to Riau province.

Currently, more than 10,000 firefighters including police and soldiers have been deployed to put out fires in Riau, Jambi and Kalimantan.

He said aerial water bombing and cloud seeding have also been used used to put out the fire.

Yesterday, local media reported that the haze was not only troubling the local population, it has now crossing the borders and affecting the neighbouring countries.

Jokowi said the government would take decisive action against the individuals or companies responsible for forest fires in the republic.

Since January, more than 42,000 hectares of land (forests and plantations) have burnt in several provinces in Indonesia such as Riau, Jambi and Kalimantan.