马中透视 MCI Trilingual News
Home Breaking News Anwar : future of ASEAN must not be determined by the US... 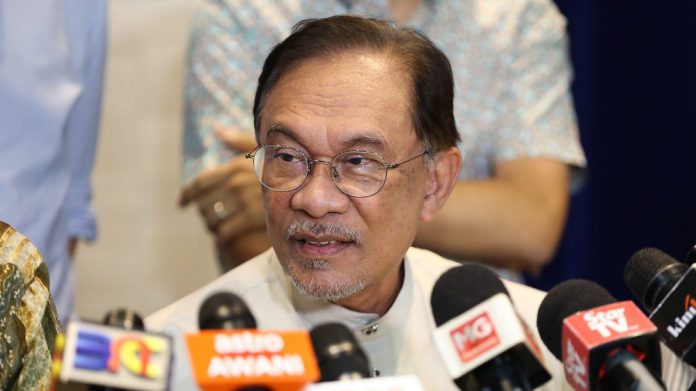 SINGAPORE, Sept 20 – The future of ASEAN must not be determined by China or the United States, says PKR president Datuk Seri Anwar Ibrahim who also called on members of the regional grouping to maintain good ties with the two superpowers.

“The best way forward for them (ASEAN) is to engage with both nations for our own survival and economic success.

“We need to maintain good cordial excellent relation both with the East and the West,” he told a dialogue at the Milken Institute Asia Summit Thursday night

The Port Dickson MP was asked about the future of ASEAN as the regional grouping faces potential division due to the rivalry between Washington and Beijing.

Anwar expressed his optimism that there are opportunities and “we have to look beyond the immediate problems and see whatever benefit we can obtain.”

“I’m more optimistic if you can garner the best brains within the countries… with international support, we can drive this problem.”

He does not believe that the trade war would adversely affect ties between ASEAN’s member countries as relations between them tend to be acceptable though there are challenges.

Citing on the current haze situation, Anwar said: “We in ASEAN need to deal with the whole idea of governments.

“I’m optimistic because of in the sense that you can get the governments in ASEAN to look at it. If they don’t, then there must be a sense of outrage among the public because it is affecting millions of people.”

Anwar stressed that the three affected countries – Indonesia, Malaysia and Singapore – must partly shoulder the responsibility and “do something.”

“It is not a blame game between (the three countries)… some say Indonesia at fault but Malaysia’s companies are involved and Singapore has a lot of shares there.”

On the other hand, he expressed his hope that the companies involved in the haze-causing fire be held accountable for their actions.

“At least (they should) combine enough resources to help ease the problem (and) not leave it entirely to the governments,” said Anwar.

Air quality in parts of Indonesia, Malaysia, Singapore and southern Thailand suffered as raging forest fires in areas near Sumatra and Borneo continues.