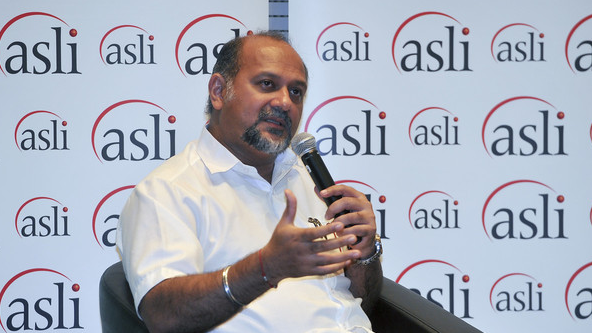 He said it was one of the proposals that have been put forward and the ministry is considering to establish the committee.

“I think it’s a general concern that there is a need to find a way to deal with problems in social media abuse.

“We will look at setting it up this quarter at the next parliamentary session. What I am considering now is to find a mechanism by which we can actually get feedback from the public and main stakeholders,” he told reporters after attending the ‘Towards Media Freedom and Combating Fake News’ dialogue session organised by the Asian Strategy and Leadership Institute (ASLI) here today.

Gobind said he would ensure all voices were heard before a decision was taken. However, he did not elaborate on the terms and reference of the committee.

When asked whether the select committee is a countermeasure for the Anti-Fake News Act which the government is attempting to repeal in the next parliamentary session, he said it is entirely a separate initiative.

Minister in the Prime Minister’s Department Datuk Liew Vui Keong on Sept 12 had said the one-year cooling period following the rejection of the repeal by the upper house (Dewan Negara), as provided by Article 68 of the Federal Constitution, was now over.

When asked whether the proposed parliamentary select committee would involve the setting up of an independent social media commission, Gobind said it is under consideration.

“We will put together a commission made up of members of the public or independent individuals who are able to advise on how it is we should move ahead when it comes to issues dealing with social media,” he said.

He said the objective of the commission is to provide a hint of independence in the decision making on issues related to social media, without any interference or control from any party including the government.

However, Gobind said the structure of the commission has not been decided yet.