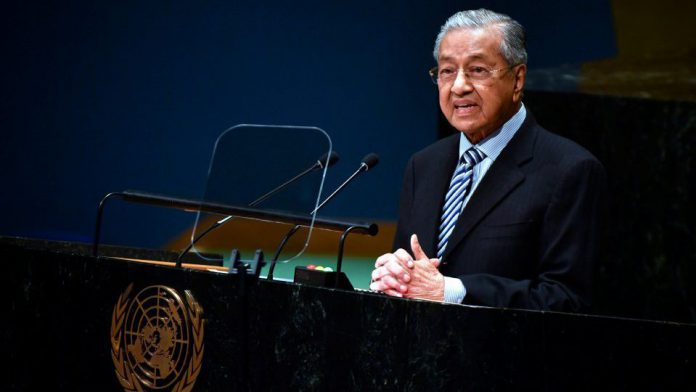 NEW YORK, Sept 28 — Malaysia, Turkey and Pakistan have agreed for certain measures to be taken to explain what Islam really is to the outside world in an effort to dispel misconceptions on the religion, including its alleged links to terrorism.

Prime Minister Tun Dr Mahathir Mohamad said this was the result of discussions between him and Turkish President Recep Tayyip Erdogan and Pakistani Prime Minister Imran Khan on the sidelines of the United Nations General Assembly (UNGA) here.

“We discussed problems of Muslims and Islamic countries and found that many reports about Islam and Muslims do not conform to the true teachings of Islam, to an extent that they are labelled as terrorists and the like,” he said.

Speaking to Malaysian journalists on Saturday at the end of his working visit here to attend the UNGA, Dr Mahathir said the misconception was taken as something true when Islam actually is not a religion that preaches violence.

“So, we think that efforts must be made by all three countries to explain what Islam is so that there will be no more confusion and Islam will no longer be accused as a religion that promotes terrorism,” said Dr Mahathir.

Dr Mahathir said the move would be carried out through collaboration among the information departments of the respective countries.

In a recent Twitter posting, Imran Khan said the three countries had agreed to jointly start an English language channel dedicated to confronting the challenges posed by Islamophobia and setting the record straight on the great religion of Islam.

On his meeting with investors and the chambers of commerce here, Dr Mahathir said they generally wanted to know about the situation in Malaysia and the government’s policies.

“I explained that we still hold to our foreign policy of being friendly with all countries,” he added.

The prime minister said they also asked about Malaysia’s views on China and seemed impressed with the country’s ability to reduce the cost of the East Coast Rail Link (ECRL) project by about RM20 billion.

Meanwhile, he said the government would invite certain interested individuals for advice on the Multimedia Super Corridor (MSC).

He said the MSC advisory body held its meeting every year previously, but it seemed that the administrations before this did not give attention to MSC.

On the Rohingya issue which was mentioned in his speech at the UNGA, Dr Mahathir said he regretted that the UN could not help to solve the problems in many countries as it regarded the matter as a domestic issue of the countries concerned.

“The Myanmar government is not surprised with foreign criticisms and they (Myanmar) are still regarding it as an effort to fight terrorists.

“This is what we are disappointed with because we know what is happening is a genocide, an attempt to eliminate a race, but the outside world only regretted the incident,” Dr Mahathir said.

Dr Mahathir and his wife Tun Dr Siti Hasmah Mohd Ali then flew to London on their way back to Malaysia. 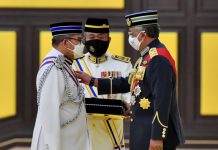 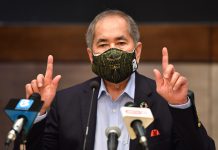 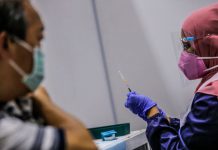 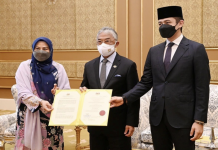