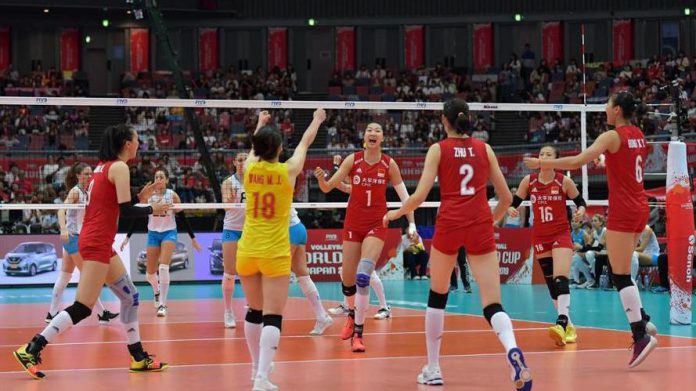 OSAKA, Japan, Sept. 29 (Xinhua) — Chinese President Xi Jinping sent a congratulatory message on Sunday to the Chinese women’s volleyball team, after they claimed the World Cup title in the Japanese city of Osaka.

The Chinese team has successfully defended its World Cup crown with 11 straight victories, winning great honors for the country and the Chinese people, said Xi.

The women’s volleyballers didn’t fear any opponents and fought hard with both style and skills, demonstrating superb teamwork and a hardworking spirit, added the President.

“Therefore I would extend my warm congratulations and sincere greetings to you,” he said.

Xi stressed that the year of 2019 marks the 70th anniversary of the founding of the People’s Republic of China and great achievements have been made through unremitting efforts by the Communist Party of China, and Chinese people of all ethnic groups.

“I hope you will maintain your morale and continue to be free from arrogance and rashness in order to claim better results in the future,” Xi said.

The Chinese volleyballers won their first major title at the 3rd World Cup in 1981 and went on to claim more top honors at the Olympic Games, the World Championships and the World Cup.

COVID: 98.7 per cent of cases reported on Friday in categories one and two

Covid-19: Today only 7 new cases and no death