KUALA LUMPUR, Oct 1 — The Malaysian Youth Council (MBM) expressed hope that the government, through the 2020 Budget which will be tabled on Oct 11, will provide incentives to youth who are involved in agriculture, similar to the ones previously practiced by the federal land development authority (FELDA).

MBM secretary-general Hasnul Haniff Harun said among the proposals was a more organised and efficient housing system similar to the one implemented by FELDA.

“Government reserve land should also be gazetted for agricultural purposes for the youth to work on, as this will facilitate the process of land exploration by the youth without having to go through the complicated bureaucratic process,” he told Bernama recently.

Apart from that, MBM also proposed for the abolition of road tax and the reduction of car prices through the removal of the import duty on cars.

He said from the youth’s perspective, the people were burdened with rising cost of transportation, coupled with the toll charges which contributed to the overall cost of living.

“MBM understands that the elimination of toll charges is impossible to do, but the cost of using vehicles by the youth should also be reduced at least through the abolition of road tax,” he said.

In terms of prices of cars which are now a necessity, it could be reduced by removing import duty on cars which could lead to lower price of local car.

Despite the fact that the move would be detrimental to the local car industry, the benefit would be felt by the people, especially the youth, with the reduction of car monthly instalment to as low as RM250, he said, adding that car prices in Malaysia were among the most expensive in the Southeast Asia region.

At the same time, Hasnul said the government should also reduce the bureaucratic hurdles, particularly, in the process of building affordable housing projects by appointing the Public Works Department (PWD) as the main contractor to help reduce house prices that currently seen as high.

“The cost of managing the housing project can be handled more transparently through the PWD and the cost of the contractors can also be reduced,” he said.

At the same time MBM, as the parent body coordinating 41 youth organisations in the country, also hoped that the government not to cut the funding for youth organisations programmes and operations as that would only impede the development of the group.

Through the 2020 Budget, MBM also hoped that the development allocation for youth organisations in rural areas would be increased especially in the east coast states as well as in Sabah and Sarawak as they were lagging behind in terms of youth programme development.

In an effort to identify the potentials and needs of youth, a systematic and comprehensive profile should be developed to keep up-to-date with the latest information on youth and problems they faced, apart from a citizen card could also be created to keep records of government aid such as zakat (tithe), MySalam and i-Suri, he said. 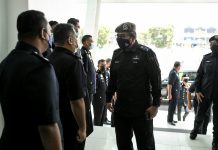 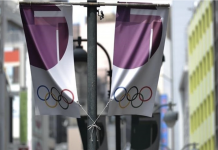 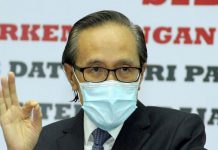 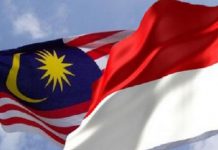 43 new COVID-19 positive cases today, of which 23 are non-Malaysians