KUALA LUMPUR, Oct 20 — The United Nations Children’s Fund (UNICEF) recognised the significant progress made by Malaysia in strengthening the availability of high quality data on children.

UNICEF representative in Malaysia, Marianne Clark-Hattingh in a statement today said the content of the Shared Prosperity Vision 2030 (WKB2030) to review the poverty line proved the commitment of Malaysia to strengthen its national statistics system.

“Nonetheless, it should be a reminder that the systems need to undergo frequent changes to ensure they move according to the context of the changing Malaysian socio-economy and its new international commitment such as Sustainable Development Objective,” she said in a statement released in conjunction with the National Statistics Day celebration.

WKB2030 was launched by Prime Minister Tun Dr Mahathir Mohamad early this month as the fresh direction of the country for 2021 to 2030 with the objective of closing the gap between the rich and poor.

Several groups including children would be given priority to improve their socio-economic standing and to also ensure they are not left behind.

Clark-Hattingh also proposed Malaysia takes the next step in addressing recurring data gaps including strengthening the national surveillance framework and administrative data management system to ensure the timely supply of data on the well-being of children.

“The application of data us is effective to assist us not only in monitoring the results for children but to also make decision with better vision on the outcome for children.

UNICEF assists in collecting and analysing data from various countries around the world, including the purpose of filling in the data gaps to monitor the situation on children and women. 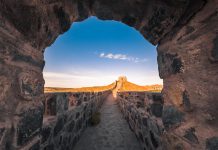 Thailand plans to reopen Phuket to vaccinated foreigners in July