KUALA LUMPUR, Feb 11 — Year 2020 is set to be the landmark year for the country’s biodiversity with the establishment of the National Biodiversity Centre and the review of laws relating to the protection of wildlife and forests taking centre stage.

Water, Land, and Natural Resources (KATS) Minister Datuk Dr A. Xavier Jayakumar said 2020 would also see Malaysia hosting the third ASEAN Conference on Biodiversity (ACB 2020) that would enable the country to take stock of its achievements vis a vis the global and regional biodiversity targets.

“The biodiversity centre has always been talked about but was never established. However now that we have a budget allocation to build the centre we have identified that it will be located at Paya Indah Wetlands in Banting. We are also working with the private sector in establishing it.

“Malaysia is a mega biodiverse country, its flora and fauna is home to the most unique species in the world, and we are always discovering new species. The centre will enable us to cooperate further with other government agencies together with non-governmental organisations (NGOs), in efforts to increase knowledge of our biodiversity,” he said in a recent interview with Bernama.

The National Biodiversity Centre aims to function as the head to deal with data collation on the country’s rich biodiversity, biodiversity research and to increase public awareness.

Xavier noted that there are several protected areas in Malaysia some of which have been transformed into Geoparks such as the Langkawi UNESCO Global Geopark and the Kinta Valley Geopark.

Meanwhile, Xavier said that since coming into office, his plans were to look into law reforms and after two years, the ministry has decided to review several laws.

“Among others we have decided to review the Wildlife Conservation Act 2010 (Act 716) and the National Forestry Act 1984 . The main purpose of the amendments would be to tighten laws that govern punishment for offences such as those related to illegal activities in the jungles,” he added.

The proposed amendments to the Wildlife Conservation Act 2010 (Act 716) and the National Forestry Act 1984 will be tabled in the March and November parliamentary sessions respectively.

Elaborating he said it would be proposed that penalties be increased by 100 per cent together with jail term, for offences in relation to advertising the sale of animal parts online and possession of protected animals or their parts.

In addition he said after ‘Ops Belang’ and ‘Operasi Bersepadu Khazanah’ were conducted by the Wildlife and National Parks Department (Perhilitan) together with the police and several NGOs, to tackle illegal poaching in the country last year, the situation had improved.

According to the minister, 82 illegal poachers were arrested during the operations following which the the poaching industry was brought to a standstill.

On ACB 2020, he said ASEAN member states as well as megadiverse countries are expected to participate in the conference to be held from March 16 to 20 at the Kuala Lumpur Convention Centre (KLCC).

ACB 2020 will primarily feature discussions on the development of the Post-2020 Global Biodiversity Framework (GBF) and progress made by the ASEAN member states (AMS) in achieving Aichi Biodiversity Targets in particular Targets 11 on protected areas and Target 12 on species conservation. 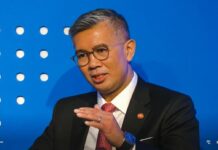 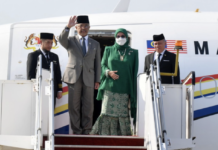