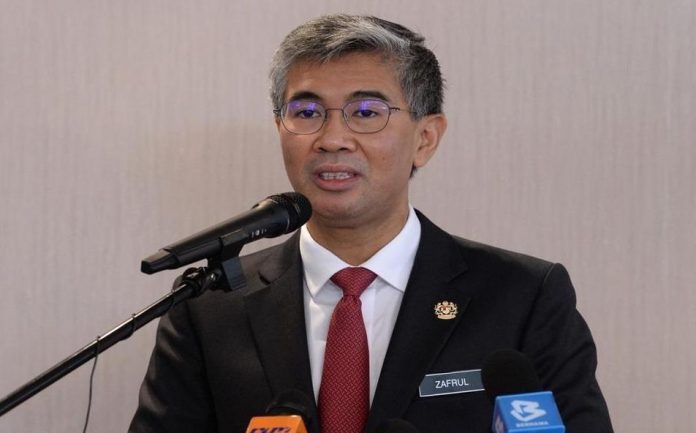 In drafting this plan, he said the government’s approach was based on four characteristics, namely must be agile and dynamic, prioritising public-private sector cooperation, ensuring comprehensive communication by upholding transparency and openness, as well as using data-based approach.

“Truly, the Short-Term Economic Recovery Plan represents an opportunity for us to take advantage of new opportunities arising from the COVID-19 crisis for the sake of the nation’s future development.

“InsyaAllah (God willing), the initiatives that will be announced by the Prime Minister would enable us to achieve the objectives that have been set,” he said when presenting the Prihatin-Laksana’s seventh progress report today.

Explaining the first characteristic, that is, agile and dynamic, Tengku Zafrul said this meant that the plan could be improved and refined continually, according to current needs and uncertain or unprecedented situation, throughout this year.

Thirdly, comprehensive communication and wide reach – wherein the people and business sector in Malaysia should be confident of this plan so that all would be able to play their respective roles to regenerate the country’s economy.

“The government will ensure the communication efforts are done continuously, whereby transparency and openness were important in making these efforts a success,” he said.

On the fourth feature — data-based approach, Tengku Zafrul said the implementation of the plan would be based on data and statistics so that each achievement could be monitored and refined with speed and accuracy.

“The latest data will be shared with the government and private sectors, as well as implementing agencies for continuous improvements,” he said.

According to Tengku Zafrul, the Short-Term Economic Recovery Plan is the fourth of the six-phase approach or 6R in weathering the health and economic challenges due to the COVID-19 pandemic.

The 6R approach are Resolve in containing COVID-19 by implementing the Movement Control Order (MCO);  Resilience through the Prihatin Rakyat Economic Stimulus Package to improve the ability of the people and economy; Restart the economy in an orderly manner; Recovery via economic strategies; Revitalise the overall economy; and Reform the economic structure to move into the new normal era.