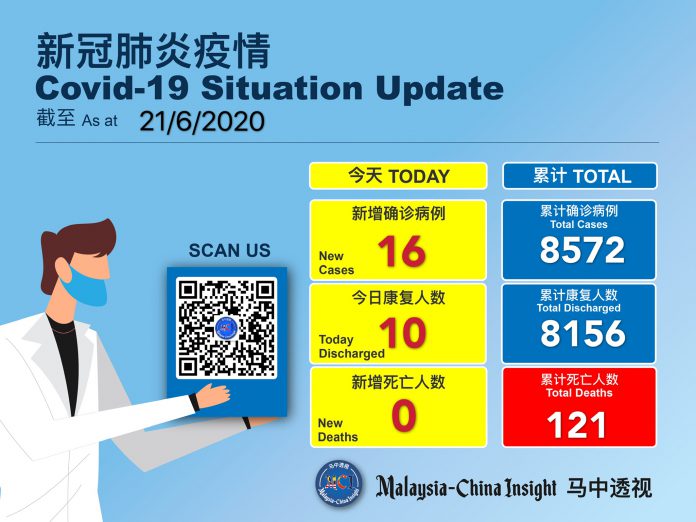 This brings the infection tally to 8,572 with 295 active cases still receiving treatment as of noon today.

From the 16 new cases reported today, three were imported cases. Of the remaining 13, nine involved foreigners in Malaysia and four are Malaysians, he said in a statement today.

Out of the nine cases involving foreigners, two are close contacts to case 8,513 from a cleaning company cluster while six are from the Pedas cluster.

One is from Sabah.

Of the Malaysians, two are from Sarawak from the Kidurong cluster, one from Melaka, who was detained in a lockup, and one was identified from swabs taken before surgery.

There were no deaths reported with the fatality toll remaining at 121.

Job openings on the rise in manufacturing and services, says recruitment...