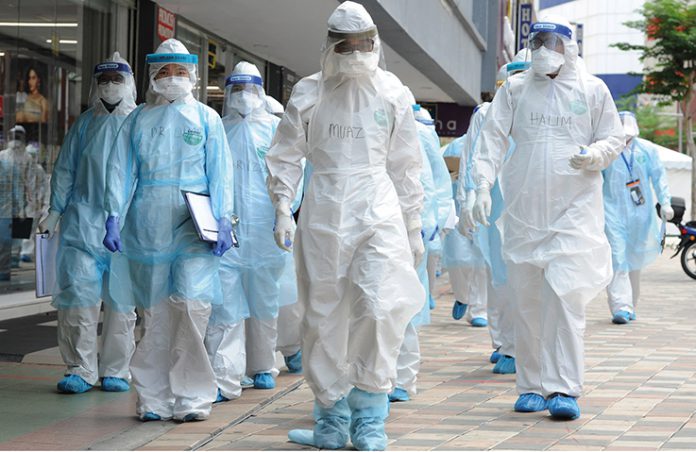 KUALA LUMPUR, June 25  — July is the much-awaited month of the year as the country is expected to be free of COVID-19 after the fight against it began in January this year.

This freedom is subject to public compliance with the standard operating procedure (SOP) set by the government as it struggles to achieve zero COVID-19 cases, earning the country a place among other nations which have won the battle against the disease.

In his press conference yesterday, Health Director-General expressed confidence that going by the current single-digit incidence and the low death rate, the target is achievable by mid-July.

Yesterday, the number of new (six) cases was single digit, with 244 active cases with probability of infection, and taking into account the new cases, the cumulative number of positive COVID-19 casses in Malaysia was 8,596.

Meanwhile, the number of deaths from the disease remain at 121, with no new ones reported.

Health care  and disease control is not just focused on Malaysian citizens but also on foreigners who are in the country legally once the problem of illegal immigrants is resolved.

With the small number of cases at a manageable level, various activities involving the public have now been allowed including sacrifices during Hari Raya Aidiladha at the end of July for the Federal Territories, in accordance with strict SOP.

In his press conference yesterday, Senior Minister (Security Cluster) Datuk Seri Ismail Sabri Yaakob said permission has been given to all mosques, surau and districts in the Federal Territories to resume operations, subject to the guidelines set by the  Department of Islamic Development Malaysia (JAKIM).

He also announced that from July 1, engagement ceremonies, weddings, reigious events , wedding anniversaries and birthday celebrations can now be held.

So it looks like July will be more joyful month for Malaysians, provided they observe the new normal so that the country is truly free of COVID-19.