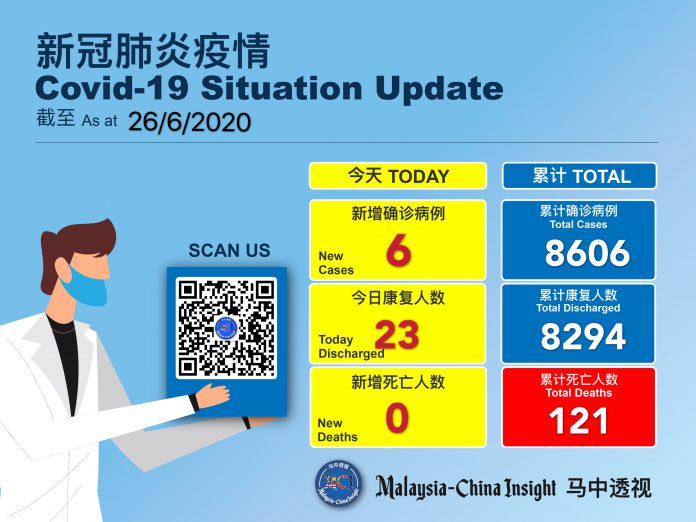 This brings the infection tally to 8,606 with 191 active cases still receiving treatment as of noon today.

From the six new cases reported today, five are imported cases, and the remainder involves a Malaysian.

“There were no cases among foreigners reported today,” he said.

Bera Hospital to be equipped with operating theatre – Khairy