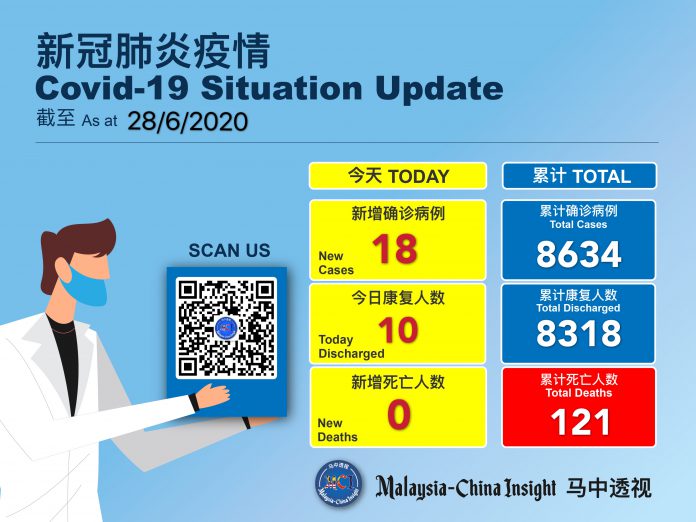 The other 14 new cases were local infections, all of which involved foreign nationals in Negeri Sembilan (9), Selangor (2), Sabah (2) and Kuala Lumpur (1).

They brought the total number of infections recorded to date to 8,634.

A total of 10 people have also recovered, bringing the total number of patients who have been cured and discharged at 8,318 (96.3%).

Noor Hisham said 195 people were still being treated with two patients being treated in the intensive care unit (ICU) but none of them required respiratory assistance.

There were no new deaths, keeping the death toll at 121.