IPOH，Dec 14: Perak Menteri Besar Saarani Mohamad says there is no need to appoint Chinese and Indian executive councillors in his administration as the two communities are already represented in other levels of government.

Speaking after chairing his first exco meeting, Saarani said there were Chinese and Indian leaders in local councils and that his administration will not be changing what the previous government had implemented.

“The appointment of advisers (to the menteri besar) will be made according to needs. I cannot promise anything.

“To me, what is important is implementation (of state government initiatives).”

The appointment of Chinese and Indian village heads, he said, will be based on the list approved by the previous government.

On a separate matter, Saarani, who is Perak Umno chief, said the party had 11 potential candidates for the coming Gerik parliamentary by-election which has been set for Jan 16, 2021.

The election was triggered by the death of its incumbent, Hasbullah Osman, on Nov 16. In the last general election, Hasbullah won the seat with a majority of 5,528 votes in a three-cornered fight against PAS and PKR candidates. 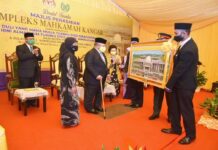 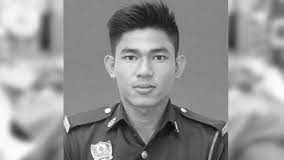 Over 15.4 million adults in Malaysia given COVID-19 booster dose