KUALA LUMPUR,Jan 5: Government has revealed it will spend RM16.6 million on cold storage equipment and medical supplies for the Pfizer Covid-19 vaccine. It hopes to have these ready by the end of the month.

Science, Technology and Innovation Minister Khairy Jamaluddin said the government had recently approved the purchase of 55 ultra-low temperature freezers, costing around RM70-80,000 each.

“Pfizer delivers it to the point of vaccination, but storage is our responsibility. Some quarters have suggested that it will cost RM1 billion but it is RM16.6 million,” he said after a three-hour briefing for the Public Accounts Committee (PAC) in Parliament today.

The freezers would be placed across 55 urban areas due to the vaccine’s special storage requirements, he said.

Khairy also said the price of the Pfizer vaccine would be inclusive of delivery costs, but not for the AstraZeneca vaccine.

Further details on the matter would be reflected in a report by the PAC, as Putrajaya had to honour non-disclosure agreements with both companies, he said.

He reiterated that RM2.05 billion had been allocated for the procurement of all vaccines, including those still being discussed with China’s Sinovac and CanSino, as well as Russia’s Gamaleya.

Khairy added that the national vaccination plan would be finalised by Thursday before its presentation to Prime Minister Muhyiddin Yassin on Monday and the Cabinet next Wednesday.

He said this would include a detailed plan on those prioritised to receive the vaccine first, after which the general population would be able to volunteer themselves for immunisation.

“There will be a feature to sign up in the MySejahtera application, to say you consent and would like to register for the vaccine,” he said. 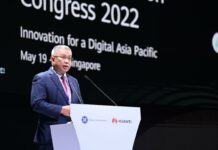 Malaysia’s digital economy to contribute 22.6 pct to GDP, create half a million jobs by 2025 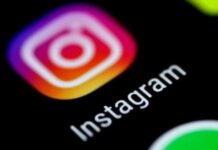