Beijing,Jan 15–China will respond with a welcoming gesture if the new United States administration returns to multilateralism, though the practice of advancing a faked multilateralism would only lead the world to new divisions and conflicts, State Councilor and Foreign Minister Wang Yi said.

Wang made the remark on Wednesday when asked by media about how to preserve multilateralism during his official visit to Indonesia.

There have been rising hopes recently among countries, officials and experts around the world that Washington would return to the international treaties and organizations from which it has withdrawn in the past few years.

Washington left the World Health Organization and dropped out of the Joint Comprehensive Plan of Action it had once backed as a way to resolve the Iran nuclear issue.

Wang said that the international community expects the new US administration to return to multilateralism, which, if achieved, China also would welcome.

Beijing also opposes turning multilateralism into an ideological issue in order to build a values-based alliance that targets a certain country, Wang said.

Fulfilling multilateralism requires efforts to honor the concept in a tangible way, championing its principles, working to make it as efficient as possible and saying no to any of the varieties of false multilateralism, he said.

A genuine upholder of multilateralism aligns with the purposes and principles of the United Nations Charter, abides by the basic norms of international relations, consistently respects the sovereignty of all countries and treats them, big or small, on an equal footing, Wang said.

Real multilateralism reflects the diversity of the world, respects all countries’ legitimate rights in seeking development and independently choosing their own path of development, commits to tackling international affairs through consultation and pushes for the democratization of international relations, Wang added.

Only by practicing real multilateralism will the world preserve peace and stability and achieve development, Wang said.

Resorting to pseudo-multilateralism will only create new divisions and lead to new conflicts, and the international community should be vigilant about that, he added. 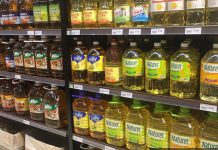 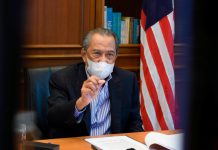 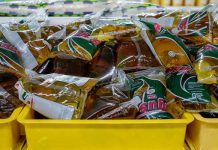 Sept 28 hearing of Anwar’s appeal over Muhyiddin’s advice to suspend...