KUALA LUMPUR, Jan 21 — Malaysia has the right formula to position it on the recovery path in terms of both public health and the economy, said Finance Minister Tengku Datuk Seri Zafrul Abdul Aziz.

He said the combination of the recent decisions involving the Overnight Policy Rate (OPR) and the Statutory Reserve Requirement (SRR) as well as Budget 2021 initiatives and the Malaysian Economic and Rakyat’s Protection (PERMAI) assistance package — including the the expediting of vaccine procurement and encouraging screening of employees — were seen as the right formula.

“Most importantly, the measures must be seen in totality, not in isolation,” he said in presenting the 37th Implementation and Coordination Unit Between National Agencies (LAKSANA) Report today.

He added that the government would commit to do its very best in order to contain the COVID-19 pandemic and to ensure the economic recovery process can be continued.

Tengku Zafrul described as “appropriate” the decision by Bank Negara Malaysia’s (BNM) Monetary Policy Committee yesterday to maintain the OPR at 1.75 per cent.

“(This is) considering multiple government measures through the National Economic Recovery Plan (PENJANA) and PRIHATIN Supplementary Initiative Package (KITA PRIHATIN) packages, as well as Budget 2021 are still continuing or will commence,” he said.

He said measures that had been and continue to be implemented included loan moratorium, special grants, Wage Subsidy Programme and soft loans for small and medium enterprises (SMEs).

On the central bank’s announcement yesterday to extend the flexibility for banking institutions to utilise Malaysian Government Securities and Malaysian Government Investment Issues to fulfil the SRR until Dec 31, 2022, he said: “This step ensures ample liquidity to support financial and economic activities.”

Several applications were cancelled for the PENJANA Tourism Financing, leading to a drop in the number of approved applications to 271 from 272 as of Jan 1, but the value was up at RM54.9 million from RM54.8 million previously.

As for the PENJANA Credit Micro Financing under Bank Simpanan Nasional, Tengku Zafrul said a total of RM320 million had been channelled to benefit 9,358 micro SMEs, including in retail and services, as of Jan 8.

Meanwhile, 389 SMEs had received RM105.6 million in funds from the Bumiputera Relief Financing (BRF) scheme, which is managed by Perbadanan Usahawan Nasional Bhd (PUNB), as of Jan 8.

To support agriculture and food industry, a total of RM71.3 million benefitting 6,748 micro SMEs had been channelled under the Agrobank Micro Credit Financing, he said.

“Members whose applications were approved will receive a total of RM13 billion in January,” he said. 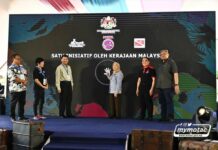 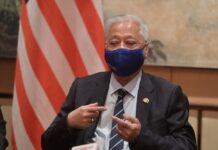 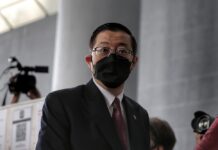 Nor Shamsiah hoping for more women governors of BNM