PETALING JAYA，Feb 25 : Serdang Hospital has no plans to vaccinate “influencers” to boost morale among frontliners there. Instead, it will be giving priority to the heads of its clinical departments, health director-general Dr Noor Hisham Abdullah said.

In denying a news portal report, Noor Hisham said checks with the hospital found that it was intending to encourage health workers there by immunising the department heads.

“Please be informed that the so-called influencers are our clinical heads of departments themselves. There will be no cutting of queues and no non-medical influencers will be included, including from the administrative staff.”

He said these clinical department heads were expert consultants in their respective fields who were exposed to Covid-19 through frequent contacts with patients.

“The health ministry would like to stress that the vaccine will be given according to the priority list we have stated previously. Cutting queues to get the vaccine is not allowed,” he said in a statement today.

It said it was unclear if the “influencers” were health frontliners as their identities were not revealed, although it was known that they had a large number of followers on social media.

The report said senior hospital administrators, who do not come into direct contact with patients, were also among those who were to be immunised first.

Losses due to floods estimated at up to RM6.5 billion 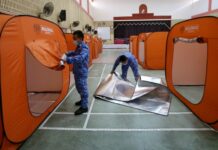 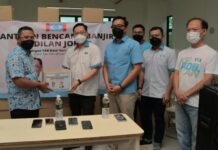 Gov’t to use Langkawi Int’l Tourism Bubble as benchmark for border...