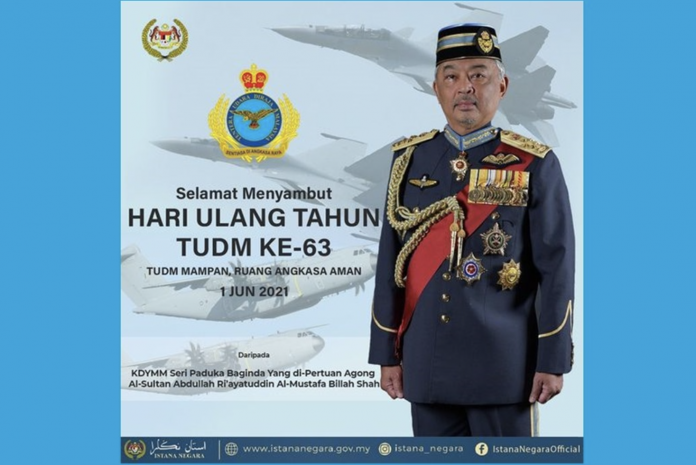 KUALA LUMPUR,  June 1  — Yang di-Pertuan Agong Al-Sultan Abdullah Ri’ayatuddin Al-Mustafa Billah Shah has conveyed greetings to all members, veterans and those who have served in the Royal Malaysian Air Force (RMAF) on its 63rd anniversary today.

His Majesty said the RMAF’s services, deeds and contributions in ensuring safety and protecting the sovereignty of the country’s airspace were very much appreciated.

“May RMAF continue to be a modern air force to protect the sovereignty of the national airspace and become an air force to be reckoned with in the world arena.

The RMAF’s anniversary is celebrated on June 1 each year.

Plantation sector may be allowed to hire foreign workers once COVID-19...

Perak UMNO will not give away its five seats to other...