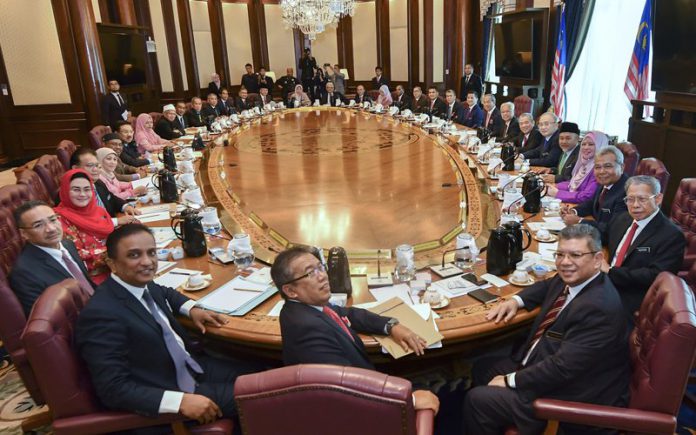 KUALA LUMPUR, May 31 — All ministers and deputy ministers will not be taking their salaries for three months from June as practised during the first Movement Control Order 1.0 last year.

The matter was announced by Prime Minister Tan Sri Muhyiddin Yassin in his special address on Pemerkasa Plus package MCO 3.0 which was aired over local television stations tonight.

According to him, the salaries would be contributed to the Disaster Trust Fund to finance expenses related to COVID-19.

“This is among the efforts of government to continue its people caring agenda and commitment of the government in managing the crisis prevailing now.

“I am grateful and deeply appreciate all parties who remained strong with the government regardless of friends or foes in facing the situation which we have never encountered before,” he said.

In this regard, Muhyiddin said the government is also providing various stimulus packages valued at more RM100 billion which are still being implemented.

He said in terms of direct expenditure by the government, RM65 billion have been approved through the COVID-19 Fund with RM38 billion having been spent last year and RM10 billion being channeled up to April while RM17 billion would be spent soon.

According to him, among the initiatives and programmes implemented including phase 2 of Bantuan Prihatin Rakyat (BPR) which began in early May with an allocation of RM2.7 billion involving 8.4 million recipients while phase 3 valued at RM2.4 billion is scheduled for September.

Apart from that, the Prime Minister said the wage subsidy, salary incentive as well as training programme were to ensure existing employment as well as encouraging new employment with a target of 500,000 new jobs for this year.

“The third initiative is the implementation of small projects with an allocation of more than RM2 billion to benefit class G1 to G4 contractors to repair infrastructure and public facilities.

“The fourth is the Jaringan Prihatin programme worth RM2 billion which was launched in early May to help 8.4 million recipients to subscribe to telecommunication service or obtain mobile phone devices,” he said.

Muhyiddin said the e-Belia programme which would be opened for registration from tomorrow would benefit two million youths and students of institutions of higher learning to obtain credit worth RM150 from e-cash service providers.