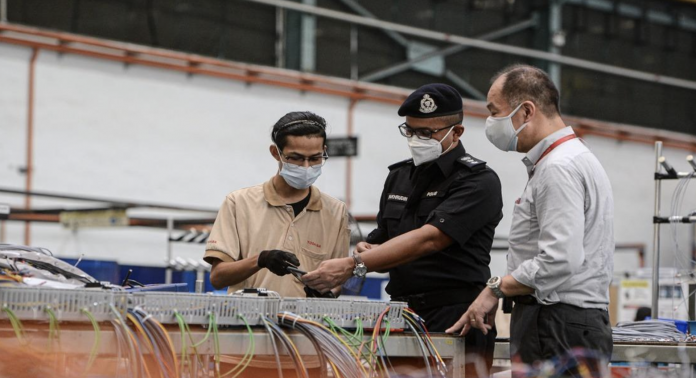 PETALING JAYA, June 1 — Employees and companies in the essential service category allowed to operate during the total lockdown are given three days to obtain the latest permission letters from the International Trade and Industry Ministry (MITI).

“This morning, we found that many people are still producing the old MITI letters. So, we hope they can make use of this three-day period to obtain new permission letters from the ministry,” he said after conducting spot checks at several factories here, today.

He said eight premises under the manufacturing and service sectors were inspected during the operation and the authorities were satisfied with the level of SOP compliance at the premises involved.

Meanwhile, Mohamad Fakhrudin said all existing roadblocks at toll plazas and main roads in the district would be maintained with increased manpower.

Police would also mount 10 additional mobile roadblocks so as to ensure the people’s compliance with the SOP stipulated by the National Security Council, he said.

Credentials for Islamic teachings will no longer be issued to politicians...