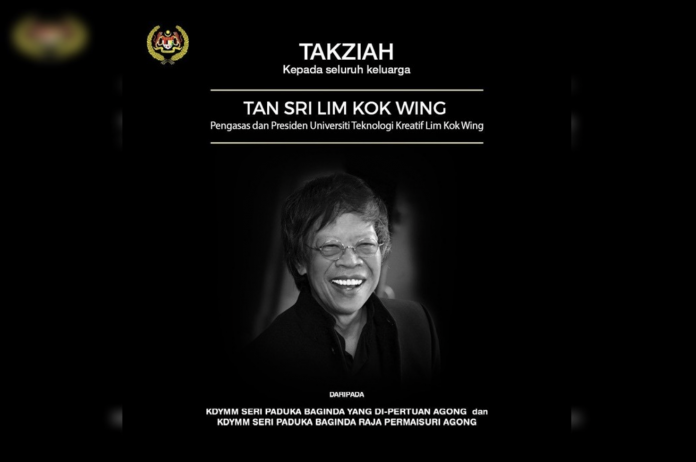 KUALA LUMPUR, June 2 — Yang di-Pertuan Agong Al-Sultan Abdullah Ri’ayatuddin Al-Mustafa Billah Shah has conveyed condolences to the family of Tan Sri Lim Kok Wing for the death of the founder and president of the Limkokwing University of Creative Technology.

According to the statement on Istana Negara’s Facebook page, His Majesty also expressed sadness over the passing of Lim and hoped that his family would remain patient and strong during this difficult time.

“His Majesty truly appreciates Lim’s deeds and contributions to the society and the field of innovative education in the country,” it said.

Lim died yesterday at the age of 75. The news of his death was announced by Limkokwing University in a statement.

The educator and entrepreneur was reported to have been hospitalised last week after a fall at his home.