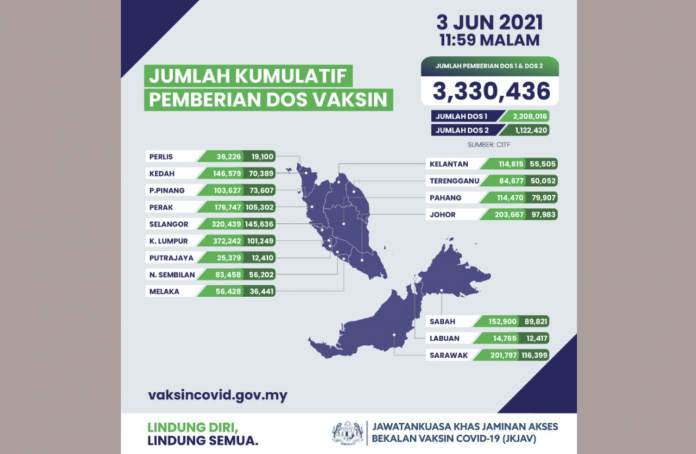 Health Minister Datuk Seri Dr Adham Baba in a Twitter posting today said 2,208,016 individuals had received the first dose of the vaccine, bringing the number of doses administered in the country to 3,330,436, as of yesterday.

The first phase of the National COVID-19 Immunisation Programme, from February to April this year, involved 500,000 frontliners including healthcare personnel.

The second phase from April to August will involve 9.4 million people comprising senior citizens, vulnerable groups and persons with disabilities, while phase three, from May this year to February 2022 will involve those aged 18 and above, both citizens and non-citizens, totalling some 13.7 million.

HFMD: Only three cases admitted to ICU so far – Health...