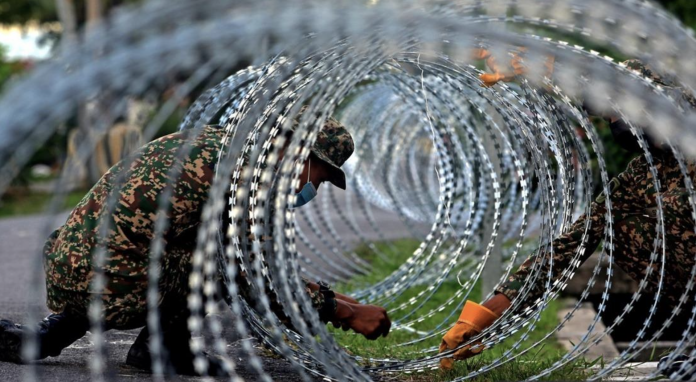 KUALA LUMPUR, June 3 — Several localities in Sabah and one each in Sarawak and Pahang will be placed under the Enhanced Movement Control Order (EMCO) from June 5-18.

“The Health Ministry (MOH) confirmed a spike in COVID-19 cases in these localities and the EMCO enforced will help MOH conduct early contact tracing so that cases can be isolated quickly.

“This will also allow MOH to restrict movement and prevent COVID-19 transmissions from risk areas to other localities,” Ismail Sabri said in a statement on the MCO today.

Meanwhile, the EMCO in Kepulauan Tumpat, Mukim Sungai Pinang, Tumpat, Kelantan and in 15 sub-districts in Besut, Terengganu which was scheduled to end tomorrow, has been extended to June 18.

This after the MOH found transmissions continue to occur among residents as well as new cases reported in those localities.

“The EMCO in Bagan Serai and Parit Buntar was scheduled to end on June 9 dan 10 but will end earlier, while other sub-districts will end as scheduled,” he said.

Meanwhile, he said 987 individuals were detained yesterday with 939 compounded while 47 others were remanded, with the highest number of violations were for not wearing face masks (218), failing to record personal details or check-in at premises (135), and for having more passengers than permitted in their vehicles (127).