马中透视 MCI
Home Editor's Pick Not impossible for COVID death toll to hit 26,000 by September as... 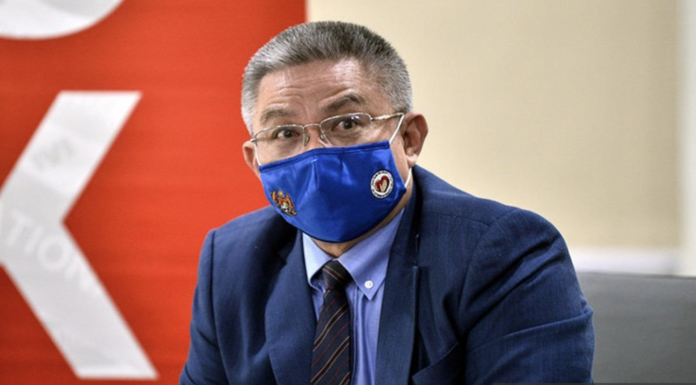 KUALA LUMPUR, June 3 — It is not impossible for the COVID-19 death toll in Malaysia to reach 26,000 by September as projected by a study conducted by a university in the United States, said Health Minister Datuk Seri Dr Adham Baba.

“What has been projected is not something impossible,” he told reporters when asked on the matter during a joint press conference with the Higher Education Minister at Hospital Canselor Tuanku Muhriz Universiti Kebangsaan Malaysia here today.

World Health Organisation (WHO) Science Council member Prof Datuk Dr Adeeba Kamarulzaman said yesterday that the study found that the COVID-19 death toll in the country may reach 26,000 by September based on the current trajectory.

The projected number will be about nine times the current cumulative death toll, which stood at 2,993 yesterday.

She said the study, conducted by the Institute for Health Metric and Evaluation (IHME) of the University of Washington, also estimated that the daily death rate would go as high as 200 cases towards the end of August.

Meanwhile, Dr Adham said 60 per cent of sporadic COVID-19 cases in the country were linked to people’s movements and 40 per cent to clusters.

“The virus follows people. When people move, the virus also moves,” he added.

Dr Adham said among the causes of community clusters were activities in various sectors, activities during the month of Ramadan and courier personnel as this group is very mobile.

Asked whether COVID-19 had become airborne, he said the Ministry of Health (MOH) was still waiting for complete data on such claims.

He said the 14-day total lockdown imposed on June 1 had shown positive signs in the fight against the pandemic while screening tests conducted by several state governments and MOH nationwide had reached 100,000 a day.

However, the hard work of the government in battling the pandemic together with non-governmental organisations would not be successful without the cooperation of the people during the lockdown period, he said.

He said it was a winnable war against the pandemic provided all quarters played their role to ease the pressure on the national healthcare system.