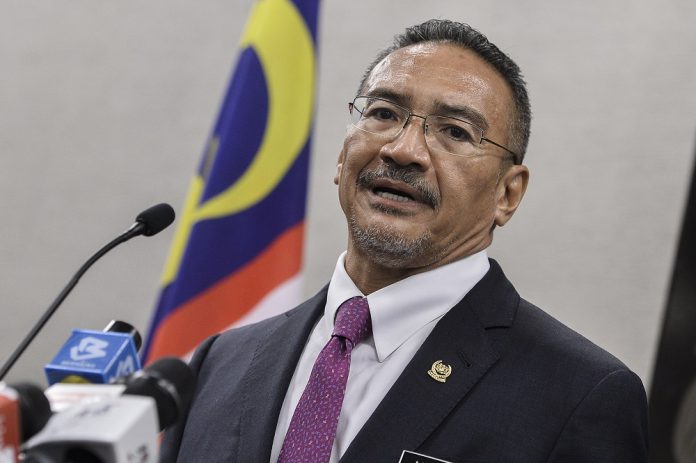 A statement from the Malaysian Foreign Ministry (Wisma Putra) today said Hishammuddin will be leading the Malaysian delegation to the meeting in Chongqing, on the occasion of the 30th anniversary of ASEAN-China Dialogue Relations.

During the Special Meeting, the Foreign Ministers of ASEAN and China will exchange views and explore collaborative ways and means in dealing with the COVID-19 outbreak, in addition to regional and international matters of common concern.

It also where the two Ministers will discuss the best way forward in ensuring the incursion incident will not recur in the interest of maintaining peace and stability in South China Sea, and avoid any miscalculation or unintended consequences.

Malaysia on 3 June had summoned the China’s Ambassador in Kuala Lumpur, and handed over Malaysia’s protest note in response to the recent incident in Malaysia’s airspace off the coast of Sarawak.

On Monday, (May 31) 16 People’s Liberation Army Air Force (PLAAF) aircraft were detected to have breached into the Malaysian Maritime Zone (MMZ), prompting the Royal Malaysian Air Force to scramble its jetfighters and Malaysia to hand over the stern diplomatic note.

However, in between the Special ASEAN-China Foreign Ministers’ Meeting and the Antalya Diplomacy Forum, the Foreign Minister will undertake working visits to Egypt, Kuwait and Qatar.

These visits, apart from reinvigorating and further strengthening relations also provide Malaysia the opportunity to highlight its unwavering support for the people of Palestine and its consistent position with regard to the Israel-Palestine conflict.