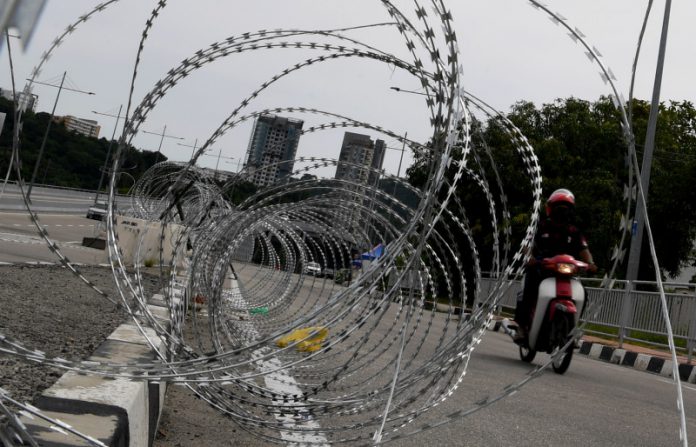 GEORGE TOWN, June 7 — Residents in 13 localities around Bayan Lepas town, Mukim 12 which is under the Enhanced Movement Control Order (EMCO) have been warned not to try to leave the area without permission.

Southwest district police chief, Supt A.A. Anbalagan said the public was also not allowed to enter the area until the implementation of the EMCO ends on June 17.

“I urge all residents and occupants to adhere to the rules. Do not try to leave or enter the EMCO area without permission as yesterday, two residents there were compounded for trying to leave the area.

“The two, a 53-year-old man and a 23-year-old woman, were fined RM5,000 each when a police team conducted an EMCO compliance patrol in the area,” he said when contacted today.

He said in the first incident, the man was found crossing the EMCO concrete barrier by the Bayan Lepas roadside at 7.30 am and when asked why, he said he just wanted to leave the EMCO area.

Anbalagan said the woman was arrested and compounded after she was found to have exited the EMCO area via the pedestrian bridge in Jalan Sultan Azlan Shah at 11.45 am, with an excuse to go out to buy food.

He said the two individuals were found to have committed an offence under Subsection 11 (3) of the Prevention and Control of Infectious Diseases Act.

Anbalagan also said that any non-governmental organisation or party that wished to provide basic necessities to the residents would have to go through the disaster operations control centre (PKOB) for coordination.

“I hope residents in the EMCO area will continue to be patient and follow all the rules and regulations set in our efforts to curb the spread of COVID-19,” he said.

A total of 13 localities around Bayan Lepas town are under the EMCO involving about 10,000 residents from June 4 to 17, covering an area of 35 hectares with 2,380 residential units and 83 commercial premises.