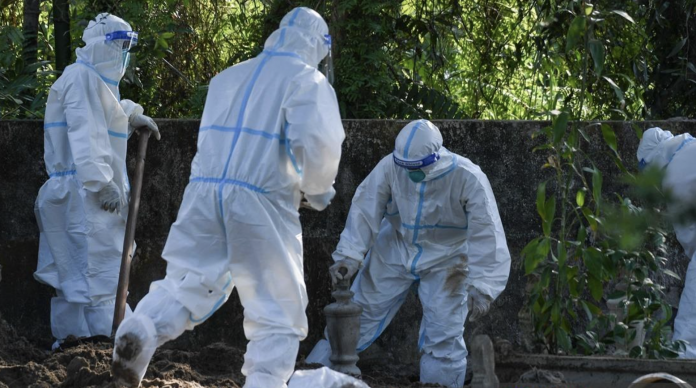 He said from January this year until yesterday alone, the department’s hazardous materials (Hazmat) team has carried out burials for 250 COVID-19 patients in the state.

“The Hazmat team handles up to 10 bodies per day or four to five bodies the least,” he told reporters after inspecting the disinfection process at offices of media outlets here today.

Commenting further, he said the team would continue to perform the task out of a sense of responsibility to all quarters especially the families of COVID-19 victims.

He added that the Kelantan JBPM has published a video on the guideline to conduct the disinfection process, which can be streamed on YouTube at https://www.youtube.com/watch?v=y3dscPxXzSw.

Muhyiddin may have backing of 120 MPs, says analyst