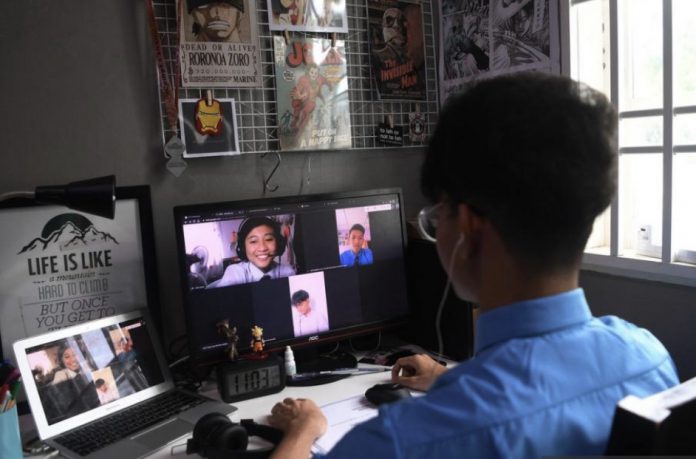 KUCHING, June 13 — To ensure her students would not drop out of learning sessions, a teacher at Sekolah Menengah Kebangsaan (SMK) Spaoh in Betong, 200 km from here, would made a point to call those who were unable to take part in the online sessions of home-based teaching and learning (PdPR).

Sharifah Khairunnizza Wan Masbahuddin, 29, who taught Islamic Education, said that not all of her students could participate in the PdPR online sessions due to internet access constraints, as the school is located in the rural area.

“Among the initiatives that I took then, and still do, to ensure they can still follow the learning sessions, is by communicating through phone calls.

Sharifah Khairunnizza said that the calls she made to her students were to explain the subjects she taught them as well as to give them high-order thinking skills (HOTS) questions to test their ability in answering questions.

“From there, I will be able to know the level of understanding of the students.

“Other than phone calls, they also communicate with me through the WhatsApp application to ask any question which they didn’t understand,” said Sharifah Khairunnizza, who has been teaching at the school for the last three years.

She also said that the main challenge of conducting PdPR online sessions was the unsatisfactory attendance of students, due to the fact that they faced difficulties in accessing the internet.

However, things are looking up since April, when the Sarawak government developed the Sarawak Rural Broadband Network (SRBN) in the interior of the state.

Other than making telephone calls, she said that the teachers at her school also prepared written modules for every subject for the use of the students, whereby they only needed to pick them up at the guard house.

On the Sijil Pelajaran Malaysia (SPM) results recently, Sharifah Khairunnizza said that she was very excited because her school emerged as the best school in the Betong Division.

She said that the pass rate of the Islamic Education subject at the school also recorded an improvement compared with 2019.

“I feel that my efforts are worth it. Often, I feel sad too at the lot of the students who were forced to go through this difficult situation. Nevertheless, I am also very happy at their achievements,” she said.

Meanwhile, Siti Muslihah Sudin, 31, an Islamic Education teacher at SMK Engkilili in Sri Aman, said that teachers needed to use the available technology to facilitate the learning process during the COVID-19 pandemic.

Citing the Quran recitation as an example, Siti said that she asked her students to use the voice message facility in the WhatsApp application for the purpose of correcting their readings.

“I told my students to send me voice messages after they have read a memorisation line, and I would read it again and inform them where they went wrong.

“Using this method, it does not need much internet data, as we also understood the students have constraints in terms of internet access,” she added.