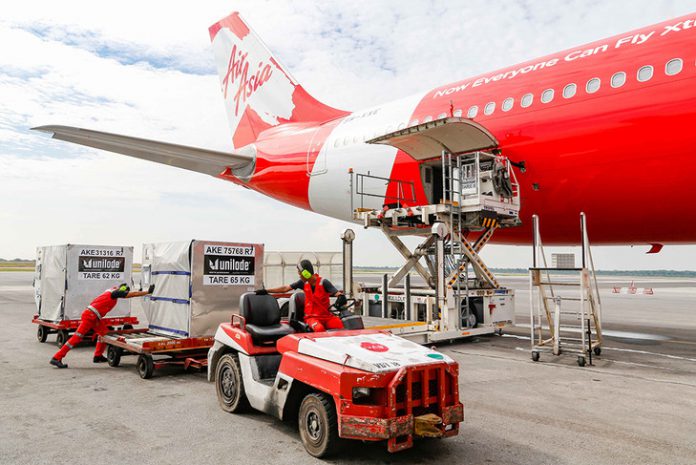 KUALA LUMPUR, June 14 — AirAsia Digital’s logistics arm, Teleport is ramping up its delivery and digital cargo capabilities in line with the significant e-commerce growth, driven by the COVID-19 pandemic.

Its growth would be accelerated with the company’s first dedicated freighter, a Boeing 737-800F, as well as the conversion of two AirAsia A320 passenger aircraft to provide cargo-only services to increase its freight and cargo delivery capacity, AirAsia said in a statement today.

“This expansion will also be supported by a rapidly growing crowdsourced fleet of over 3,720 onboarded delivery partners across the region.

“Approximately 20 per cent of the pool consists of AirAsia Allstars, including pilots and cabin crew affected by the pandemic,” it said.

“Teleport is leading the way with same-day deliveries, connecting to many of the smaller cities that are only accessible by the airline’s network, such as the recent shipments for the United Nations World Food Programme from its Kuala Lumpur hub and the delivery of medical supplies to Vientiane, Laos,” he said.

Since launching its door-to-door delivery services in 77 cities in five countries last year, Teleport has successfully delivered cargo and other consumer products in under 24-hours on two-way routes between Kuala Lumpur and Singapore, Kuching and Kota Kinabalu.

It will also be expanding its 24-hours delivery services from Kuala Lumpur to Penang, Melaka, Johor and Ipoh in Malaysia and other international and domestic routes in Thailand, Indonesia and the Philippines.

The airline added that the additional capacity of the three cargo-only planes and connection with third-party airlines, freighters, trucks and vans would strengthen Teleport’s capabilities, not only on existing short-haul routes, but also in key markets like China, India and new markets throughout Southeast Asia.

UMNO should not pressure Muhyiddin on DPM post – Zahid