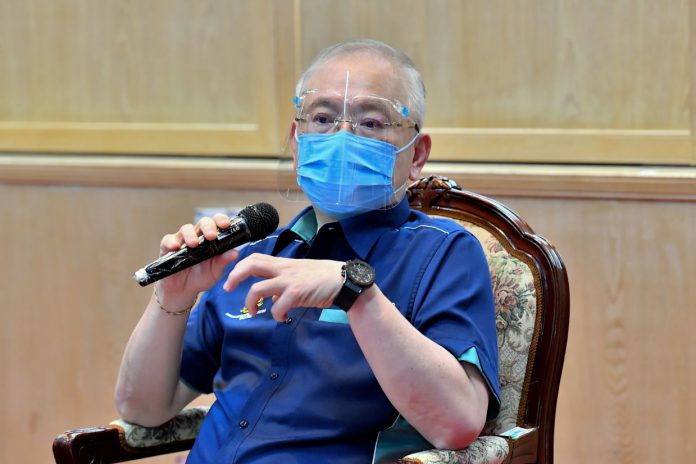 KUALA LUMPUR, June 22 – In a Facebook post today, Transport Minister, Datuk Seri Dr Wee Ka Siong, said a million thanks to the unsung heroes in the Hospital Kuala Lumpur (HKL) neurosurgery department led by Dr Azmi Alias who cared for the victims of the light rail transit (LRT) crash on May 24.

He said all the victims have been discharged and the last one was allowed to go home yesterday.

“I don’t know what to say except terima kasih and thank you. Only God can repay your good deeds,” said Wee, while adding that he hopes the victims “heal completely and quickly”.

He explained further that the last person to be discharged was a 31-year-old woman who will undergo rehabilitation under specialist care in HKL.

Last Thursday (June 17), a 52-year-old man who was severely injured in the crash was allowed to go home and will continue with rehabilitation as well.

“Both victims had suffered quite severe brain injury and were saved by the medical specialists at HKL,” he said.

He said that during a conversation he had with the families of the two victims yesterday they expressed their gratitude to Dr Azmi who led the surgical team.

He said he also rung up the family of a 26-year-old female victim who is back at home in Parit Buntar, Perak and undergoing rehabilitation.

He said that another victim — a woman who was transferred to a private health facility in Damansara — is now at home after jaw surgery and undergoing physiotherapy.

Last month, two LRT trains on the Kelana Jaya line crashed in an underground tunnel between the Kampung Baru and KLCC stations.

One train had just the driver while the other had 213 passengers with 47 suffering serious injury and 166 sustaining minor injuries in the crash.