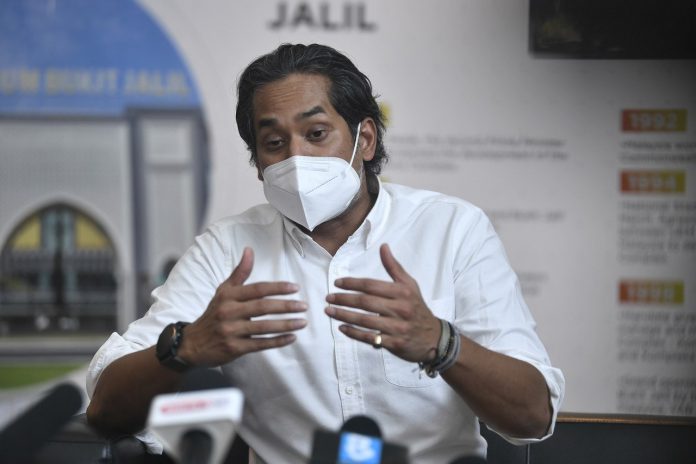 TANJONG KARANG, June 28 — Coordinating Minister of the National COVID-19 Immunisation Programme Khairy Jamaluddin has refuted an allegation that the federal government did not send enough COVID-19 vaccine to Selangor.

“So the claim that the vaccine is not sent to Selangor is not right. We did send the vaccine and there is a balance in the Selangor,” he said.

Yesterday, Selangor Public Health, Unity, Women and Family Development Committee chairman Dr Siti Mariah Mahmud, via Twitter, claimed that the latest vaccination capacity in Selangor was 87,616 and if no additional vaccine doses were given, several vaccination centres (PPV) in the state had to be closed.

Khairy, who is Science, Technology and Innovation Minister, said during a prior meeting with Selangor Menteri Besar, he was informed that the vaccination capacity for Selangor in June was 40,000 doses daily.

However, the health exco was not at the meeting, he added.

“We distribute the vaccine supply based on the state’s capacity. I am not sure where the exco got the 80,000 figure from, ”he told at a press conference after opening the Tanjong Karang PPV today.

He said the vaccination capacity in Selangor will be increased to 130,000 doses daily next month.

Meanwhile, he urged the Selangor government to speed up the vaccination rate in the state, saying that its vaccine usage at 76 per cent was the lowest among states compared to other states which recorded more than 80 percent.

“As of June 27, Melaka recorded the highest rate at 94 percent, Terengganu and Negeri Sembilan (92 percent), while other other states recorded more than 80 percent, except Selangor.

“I have asked Selangor to increase its vaccination rate and open more PPVs in every district next month. I do not want our vaccines to sit in the refrigerator,” he said.

On the sale of the vaccine by the Selangor government through the SElangkah application, Khairy, said Selangor had run a pilot programme for purchase of the vaccine for use by frontline economic workers.

“The Selangor government requested to do it on a pilot project first,” he added.

Asked on the acquisition price paid by the federal government for two doses of the vaccine, Khairy said he could not announce it as there was a non-disclosure agreement on the matter.

Commenting on the call to expedite providing the vaccination to those in the manufacturing sector,  Khairy said the COVID-19 Public-Private Partnership (Pikas) Industrial Immunisation Programme would be widened next month.