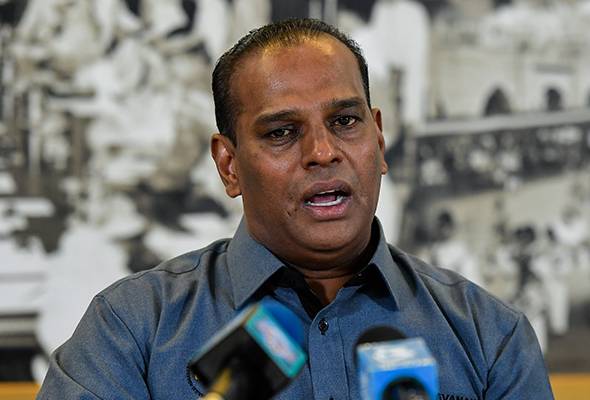 PUTRAJAYA, July 5 — The Ministry of Human Resources (KSM) will continue to give attention to labour issues, especially those involving foreign workers, and continue to implement improvements to existing initiatives, said its minister Datuk Seri M. Saravanan.

He said the KSM, in taking seriously the issues raised in the US State Department’s annual report on human trafficking, would among others review issues related to costs imposed by private employment agencies as well as the memoranda of understanding signed with source countries.

According to the recently released Trafficking in Persons (TIP) Report 2021, Malaysia is in Tier 3, which is the lowest level, and states that the Malaysian government does not fully meet the minimum standards and does not make significant efforts to combat the crime of human trafficking.

Saravanan, in a statement today, said his ministry would review all issues related to costs imposed by private employment agencies to see if there were any hidden costs that burdened employees and employers to the point of exploitation and debt bondage.

He said the memoranda of understanding that had and would be signed with the source countries would also be reviewed to strengthen the element of protection of workers’ rights and, at the same time, not burden the employers.

He said the KSM would also collaborate with the International Labour Organisation (ILO) to draw up a national action plan on forced labour and child labour, which is expected to be finalised in the fourth quarter of this year.

The KSM, as chairman of the special committee studying the issue of labour trafficking, would also work closely with the Home Ministry (KDN) and other stakeholders in an effort to combat the crime of human trafficking, especially forced labour, he said.

Admitting that labour issues had become very complex following the COVID-19 pandemic, Saravanan said enforcement of the Workers’ Minimum Standards of Housing and Amenities 1990 (Act 446) was also tightened in line with the Anti-Trafficking in Persons and Anti-Smuggling of Migrants (ATIPSOM) 2007 so as to increase the total number of convictions regarding the issue of forced labour.

To protect the welfare of workers, he said employers who hired domestic workers were required to contribute to the Social Security Organisation (SOCSO) from the middle of this year and the KSM would also look into the finer details as to whether domestic workers should be protected under the Employment Act 1955.

On the Working for Workers (WFW) application that was launched in May, Saravanan said that, as of July 4, a total of 4,636 complaints had been received, with 3,502 of them being investigated and action taken.

“The information received from the complainants had also helped the KSM enforcement to investigate allegations of forced labour,” he said.

Lockdown in 7 localities in Semporna, Kunak from Oct 11