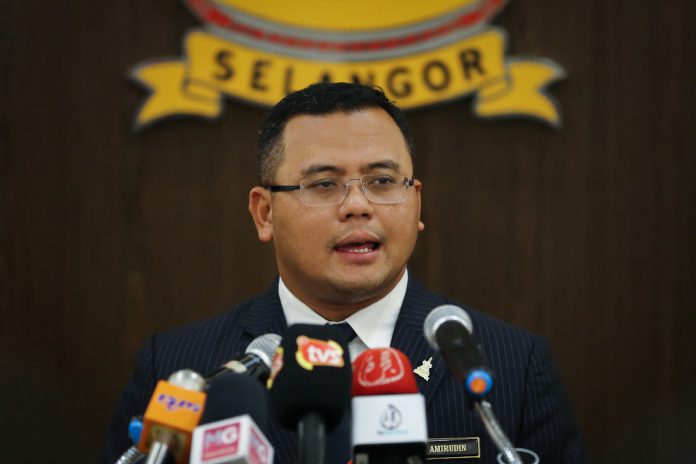 SHAH ALAM, July 9 — Yang di-Pertuan Agong Al-Sultan Abdullah Ri’ayatuddin Al-Mustafa Billah Shah has given his consent to the reconvening of the Selangor State Legislative Assembly for eight days from Aug 23.

Menteri Besar Datuk Seri Amirudin Shari, in a statement today, said that the permission for the state assembly to reconvene was granted by Al-Sultan Abdullah, through a letter dated July 6 (Tuesday).

Amirudin said the Sultan of Selangor, Sultan Sharafuddin Idris Shah, had also given his consent for the purpose of the first meeting of the 14th Selangor State Legislative Assembly, 2021.

“The Sultan of Selangor has agreed to grace the opening ceremony of the Selangor Darul Ehsan State Assembly on Monday, Aug 23.

He said that the Selangor government would like to express its deepest gratitude to His Majesty Sultan Abdullah and His Royal Highness Sultan Sharafuddin who are always concerned about the freedom of democratic practice in the state.

He added that the assembly sitting would be held in accordance with the regular format, with question and answer sessions and debates and not just a special session.

“This state assembly sitting will be conducted in compliance with the standard operating procedures and focused on all state government efforts to curb the spread of COVID-19, as well as feedback and suggestions from state assemblymen in accordance with the role of the legislature as a check and balance system to the executive.

“This is also in line with the aspirations of the people so that every decision of the Selangor government is made responsibly and prudently and at the same time enhance efforts to face the COVID-19 pandemic in the state,” he said.

Malaysia to focus on VTL with neighbouring countries before expanding to...