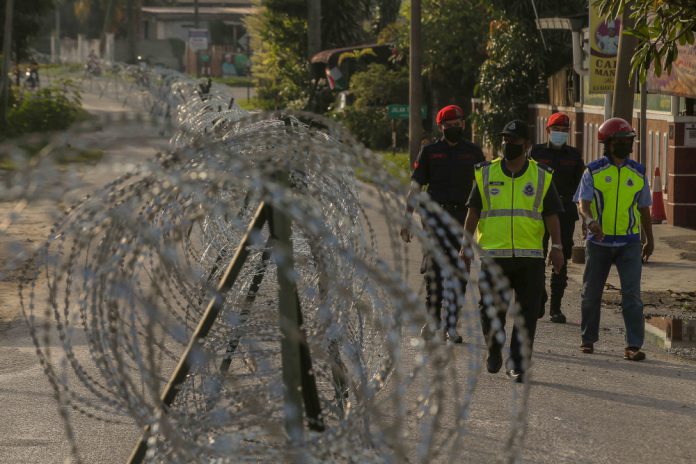 KUALA LUMPUR, July 10 — Police will step up monitoring operations outside the localities placed under the Enhanced Movement Control Order (EMCO) that have been installed with barbed wire fencing.

Deputy Inspector-General of Police Datuk Seri Mazlan Lazim said the measure was taken to prevent intrusion into the localities.

“In Kuala Lumpur, for example, barbed wires have been installed in localities placed under the EMCO as they are found to be effective in controlling the residents’ movements.

“However, there is a report of incidents where residents try to sneak in and out of the EMCO areas.

“Therefore, we find that there is a need to step up monitoring outside the localities to prevent such incidents from recurring,” he told a press conference after inspecting a roadblick at the Gombak Toll Plaza here today.

He was commenting on the incident of a woman who had allegedly sneaked into the Taman Bukit Angkasa people’s housing project, Pantai Dalam here, which is now under the EMCO by crawling under the barbed wire.

Earlier today, Brickfields district police chief ACP Anuar Omar was reported to have said that they received a report on the incident after a video recording of the act went viral on social media.

The case is being investigated under Section 269 of the Penal Code for the offence of committing a negligent act likely to spread infection of any disease dangerous to life, which carries a six-month jail term or a fine, or both, upon conviction.