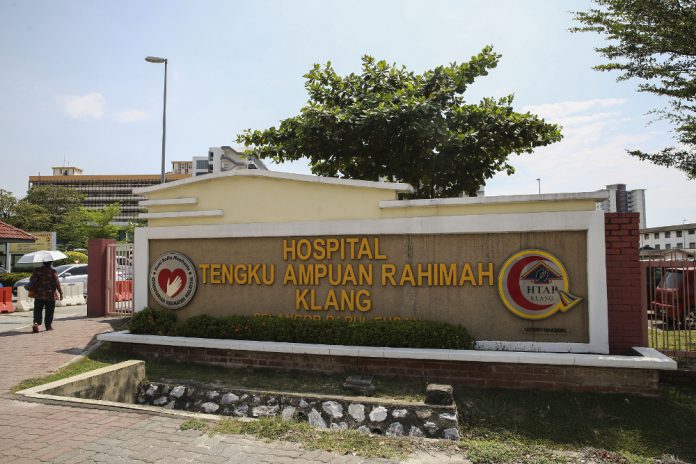 SHAH ALAM, July 14 — The Tengku Ampuan Rahimah Hospital (HTAR) in Klang is set to receive two more containers from the Ministry of Health (MOH) to keep the expected increase in the number of bodies of dead COVID-19 patients in Selangor.

HTAR director Dr Zulkarnain Mohd Rawi said that with the additional two containers, the hospital would now have four containers to be used as morgues, including one donated by the central MIC and one more owned by its Forensic Department, which could keep a total of 120 bodies.

“With the four containers, as well as the existing facilities at the Forensic Department, we are able to keep an estimated 150 bodies,” he said when contacted by Bernama today.

Commenting on the issue of bodies piling up at the hospital’s Forensic Department following a shortage of senior health inspectors to manage the funeral arrangements of COVID-19 patients, Dr Zulkarnain said the matter would be resolved in stages with the assistance of and assets from the Malaysian Armed Forces (MAF).

He said the collaboration was a result of discussions between MOH secretary-general Datuk Mohd Shafiq Abdullah and the MAF.

Dr Zulkarnain said that HTAR, which has been turned into a COVID-19 hybrid hospital, still accepted other cases, especially emergencies like road accidents and heart attacks.

“We still accept these cases and HTAR also refers road accident and heart attack cases to the Selangor KPJ hospitals in Shah Alam and Klang,” he said.

According to him, based on the memorandum of understanding signed between the MOH and KPJ Hospital in June, the HTAR had so far referred about 20 patients requiring further treatment to the two KPJ hospitals.

“We will conduct COVID-19 screening tests first before the patients are referred to the two hospitals while the cost involved is also borne by the government,” he said.

Commenting on the mobilisation of healthcare workers from outside the Klang Valley, he said that so far HTAR had received 20 personnel from Perlis to assist with the management of the hospital.

Landslide near IIUM Gombak male dormitory first ever incident since its...