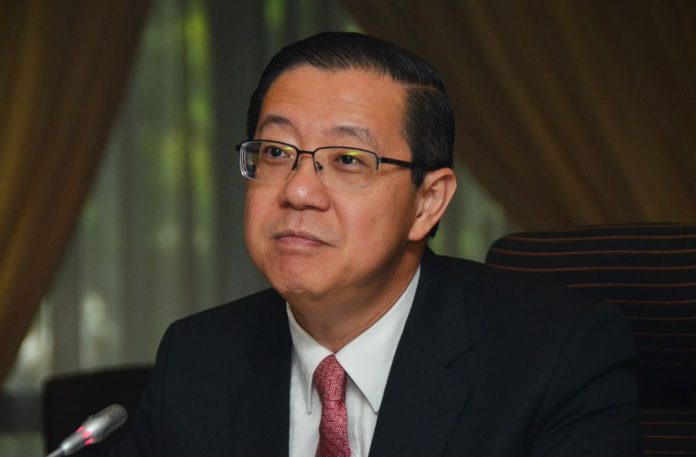 “Lim said that a private company, Beijing Urban Construction Group (BUCG) was exploring a proposal to build a tunnel in Penang and proposed that a Memorandum of Understanding (MoU) be signed with the state government. After obtaining their telephone numbers, I contacted them and met them to discuss the project,” he said.

The third prosecution witness said when reading his witness statement on the second day of the corruption trial of Lim who is facing four charges involving the construction of the undersea tunnel and major road project in Penang.

“Later on March 16, 2011, when the MMK meeting was in session, I stated that BUCG had asked for the MoU to be signed as soon as possible and Lim called Datuk Farizan Darus who was the State Secretary to sign the memorandum for the state government,” he said.

“On  May 19 2011, Zarul and Lee were present in my office to discuss the project. After the discussion, I also attended the MMK meeting at 3.30 pm on the same day.

“I told the MMK meeting that BUCG representatives came to hold a discussion on the provision of  ‘Request for Proposal (RFP)’. Later, Lim urged that the provision of RFP be sped up,” he said.

On the project, Hock Seng said the general manager of BUCG had invited Lim and a state government delegation to Beijing in a letter dated May 19 2011 and Hock Seng also confirmed that 10 delegates including himself (Hock Seng) went to Beijing on June 2 2011 and returned to Malaysia on June 8 2011.

“All costs including the air tickets, accommodation, food and drinks in Beijing were borne by the state government,” he said.

The afternoon session proceeding was adjourned after counsel Gobind Singh Deo, who is representing Lim told the court that a parliamentary assistant in his constituency was confirmed COVID-19 positive and he (Gobind) had spent about five minutes with his assistant when distributing food baskets in Puchong three days ago.

“I will be going to have my COVID-19 screening today and I will announced the result when it is out,” he said.

Judge Azura Alwi later postponed the trial in the afternoon and said the case would continue tomorrow with another lawyer if Gobind is not available.

For the first amended charge, Lim, 60, is charged with using his position as then Penang chief minister to corruptly receive RM3.3 million to help a company owned by Datuk Zarul Ahmad Mohd Zulkifli to secure the undersea tunnel and major roads project in Penang worth RM6,341,383,702.

The offence was allegedly committed between January 2011 and August 2017 at the Penang chief minister’s office.

For the second amended charge, Lim is charged with soliciting 10 per cent of profits from Zarul to help the company be appointed for the same project.

Lim was charged with committing the offence near The Gardens Hotel, Lingkaran Syed Putra, Mid Valley City here in March 2011, between 12.30 am and 2 am.

The Bagan MP was also charged with two counts of causing two lots of land owned by the Penang state government worth RM208.8 million to be disposed of by the developer linked to the undersea tunnel project. The offences were allegedly committed at the Penang Land and Mines Office, Komtar on Feb 17, 2015 and March 22, 2017.